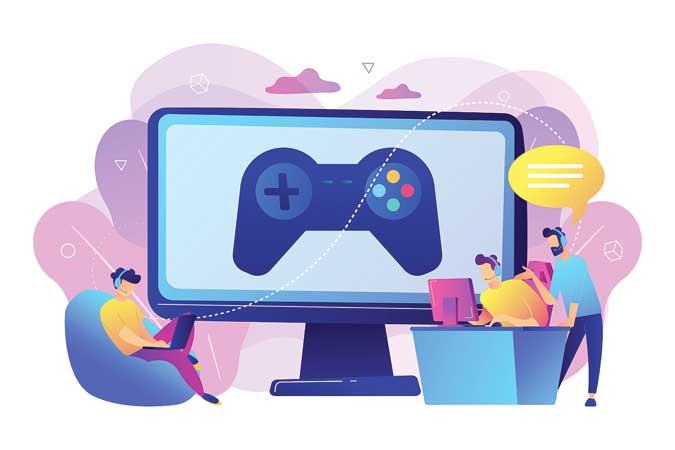 A discussion of NFTs as virtual assets

Play-to-Earn games have recently gained ground. With popular games like Infinite Axis and My challenge animal, users are drawn to the unique selling proposition that you can make money by playing.

In summary, Play-to-Earn games involve the use of non-fungible tokens (NFTs) that players can use to progress in the game. NFTs are essentially a type of intangible property that represents something of value. NFTs are non-fungible: it is something unique, because by its nature it cannot be treated as the equivalent of any other unit. Obtaining NFT will require spending real money, which will be converted into cryptocurrency through the use of electronic instruments such as e-wallets. Players own their NFTs and, by virtue of this ownership, will have the opportunity to sell them for a price.

In Axie Infinity, players buy creatures called Axies which can be used to participate in battles to win. Conquering certain levels of the game will reward players with “Smooth Love Potions” (SLP); this can be used to breed Axies and can also be converted into real money. Axies are NFTs that can be bought and sold in the dedicated marketplace using Ethereum, a type of cryptocurrency. Since the transaction is cryptocurrency based, the amount to be gained upon conversion will vary depending on the current exchange rate.

The aspect of being able to reasonably expect a profit from such a system is increasingly the subject of government intervention in multiple jurisdictions. In the Philippines, no government regulation has attempted to provide a categorical definition of DFT. Nevertheless, the Securities and Exchange Commission (SEC) and Bangko Sentral ng Pilipinas (BSP) have recognized the emergence of such financial innovations and have proposed and published rules to keep pace to ensure adequate regulation of the operations of these systems. / service providers.

For example, the SEC has had the opportunity to define “tokens” as “virtual currency that confers certain rights, including a numerical representation of value intended to represent any asset or right associated with those assets.”

This year, BSP issued Circular No.1108 which requires Virtual Asset Service Providers (VASPs) to obtain a Certificate of Authority to operate such a service. Under the circular, virtual asset (VA) refers to “any type of digital unit that can be traded or transferred digitally and can be used for payment or investment purposes. It is used as a medium of exchange or a form of digitally stored value created by agreement within the VA user community. Virtual currency (VC) exchanges are also considered to be VASP under the circular. To clarify, VASPs are distinct from issuers of electronic money (EMI) as the latter provide money transfer or remittance services using an electronically stored currency value system and similar digital financial services. IMEs are primarily governed by the BSP Bank Regulatory Manual (MORB) and related issues. Unlike a virtual asset, electronic money is legal tender. In either case, prior approval from Bangko Sentral is required for an entity to operate as a VASP or EMI.

In particular, the two definitions of a token and a virtual asset respectively exclude “a digital representation of the value issued by or on behalf of the publisher and used within an online game or a gaming platform. sold by the same publisher or offered on the same gaming platform “and” payment for virtual goods and services in an online game (for example, game tokens). It remains to be seen whether NFTs obtained through Play-to-Earn games fall under such an exclusion, particularly in view of the token’s convertibility into real currency and their potential use outside of the game. , some virtual currencies, based on the facts and circumstances surrounding their issuance, may even be considered security requiring proper registration and / or license with the SEC.

In all cases, users should be made aware of token and VA limits. The BSP clarified that VAs are not issued or guaranteed by any jurisdiction and are not legal tender. Due to price volatility, holders of VCs may experience significant losses when trading or investing in VCs. VCs (and by extension VAs) are not considered deposits; therefore, VC holders are not eligible for deposit insurance with the Philippine Deposit Insurance Corporation. In contrast, real currency is fully guaranteed by a country’s government and is acceptable for the payment of public and private debts. m

This article is for informational and educational purposes only. It is not offered and does not constitute legal advice or legal advice.