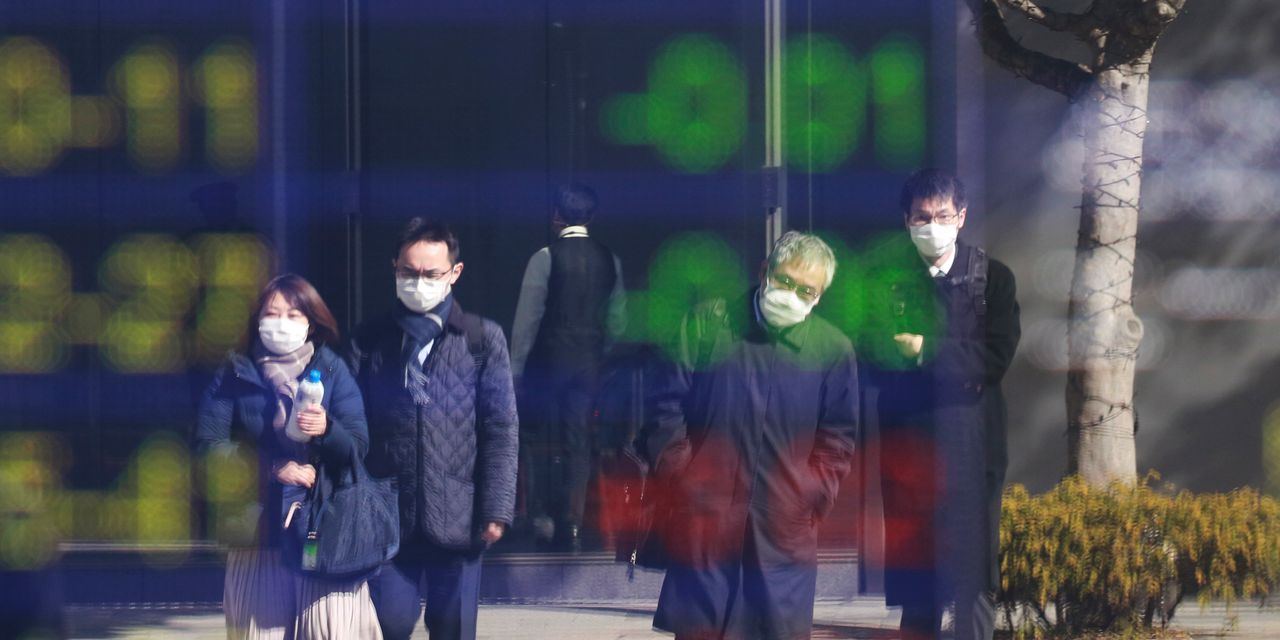 BANGKOK — Stocks were mixed in Asia on Thursday as the latest batch of corporate earnings reports kept investors in a buying mood, driving gains on Wall Street.

jumped 2.4%, catching up with earlier gains elsewhere after South Korean markets reopened after the holidays. Reference STI in Singapore,

Investors look at the latest round of corporate earnings to gauge the damage rising costs have had on different industries and how companies will weather inflation going forward.

Most of the companies that reported results for the last three months of 2021 achieved better-than-expected profits and revenues, despite the higher costs they face due to rising inflation.

Meanwhile, oil prices fell slightly after major oil-producing countries decided on Wednesday to stick to their plan for a little more oil in the global economy. This will likely keep prices near seven-year highs. The 23-member OPEC+ alliance opted to add 400,000 barrels per day in March.

The US benchmark crude oil CLH22,

fell 39 cents to $87.87 a barrel in electronic trading on the New York Mercantile Exchange. It had gained 6 cents to $88.26 a barrel on Wednesday.

Markets face a variety of threats, including rising inflation, the prospect of higher interest rates, potential conflict in Ukraine, and the continued slowdown of COVID-19 on economic recovery.

Rising costs are threatening profit margins and putting pressure on consumer spending. The Federal Reserve intends to raise interest rates to try to calm inflation, which is at its highest level in four decades. Investors expect the first rate hike in March and at least three more in 2022.

With about 40% of S&P companies having released quarterly results so far this earnings season, about 64% have reported earnings and revenue that beat analyst estimates, according to S&P Global Market Intelligence.

In other exchanges, the US dollar USDJPY,

Global carbon and graphite market worth $21.5 billion by 2026