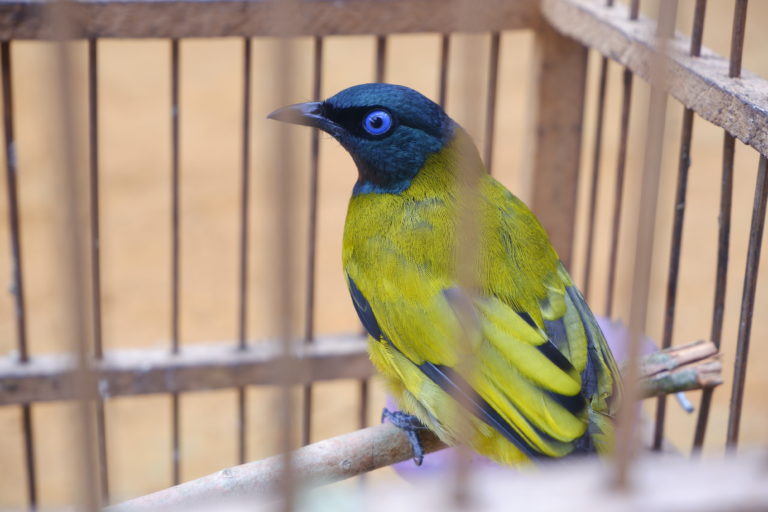 JAKARTA — Indonesian researchers have harnessed the power of big data to monitor the burgeoning online trade in songbirds, proposing it as an essential conservation tool in the absence of any other platform to crack down on the traffic.

The researchers, from the Center for International Forestry Research (CIFOR), developed their “Support Vector Machine”, or SVM, to collect all publicly available lists of songbird advertisements between April 2020 and September 2021 in an online marketplace in Indonesia. This web-scraping tool found 326,201 relevant ad records, representing 284,118 songbirds, the researchers wrote in a paper published Sept. 5 in the journal. Global Ecology and Conservation.

Songbird keeping is a popular pastime in Indonesia, especially among the Javanese, who see it as a sign of status and promoting peace of mind. The activity has spread beyond Java, largely due to the government’s transmigration program which moved residents of the densely populated island to other parts of the country, allowing birdwatching to take root in these regions.

Previous studies of the bird trade have shed light on urban markets in Java and Sumatra. A 2005 report estimated that an average of 614,180 native songbirds were caught and traded annually on the two islands.

Songbirds are also popular for their use in contests, which have spawned thriving networks of clubs, online forums and blogs. President Joko Widodo, himself a collector and fan of songbirds, said in March 2018 that ornithology contributed about 1.7 trillion rupees ($114 million) to the economy.

Okarda said the species they identified in online lists broadly reflected the composition of songbirds held by households, as identified in a 2020 study. Okarda’s team also found that more than 6% of ads, or just over 18,000, mentioned endangered species, such as the Javan pied starling (Gracupica jalla) and straw bulbul (Pycnonotus zeylanicus), both considered critically endangered.

Another trend highlighted by the study was that most sellers were not traders by profession, meaning they did not buy and sell the birds for commercial purposes, but as amateurs. Most were based in Java, with most transactions taking place in the same city or on the same island.

“I believe the [e-commerce] infrastructure…is one of the main success factors for e-commerce activities,” study co-author Sonya Dyah Kusumadewi told Mongabay in the email, referring to the widely accessible internet and to a plethora of shipping services, including same-day delivery.

Indonesia is home to the highest number of threatened bird species in Asia, according to TRAFFIC, a wildlife trade monitoring group. The Southeast Asian country has a list of protected species that prohibits any capture or trade in certain endangered wildlife species. Anyone found guilty of taking protected species from the wild faces up to five years in prison and fines of Rs 100 million under the Conservation Act 1990.

But the government also allows a quota for registered breeding facilities to catch a protected species in the wild for captive breeding purposes. These facilities can then sell offspring, which, importantly, are not designated as protected.

Conservationists say the main problem is that many captive breeders do not register themselves or the songbirds they keep, making it increasingly likely that the birds they claim raised have been caught in the wild and laundered in the facilities. According to TRAFFIC, inflated quotas of breeding animals at Indonesia’s commercial conservation facilities appear to be fueling the illegal wildlife trade.

Additionally, collectors prefer wild-caught birds, which they believe have superior song quality to captive-bred ones, TRAFFIC said. The premium they are willing to pay gives traders plenty of incentive to stock wild-caught birds rather than go to the trouble of breeding birds of the same species.

In 2017, the Wildlife Conservation Society, which works with Indonesian law enforcement to catch traffickers, said at least 40% of illegal wildlife traders in the country used online platforms such as WhatsApp to transacting since 2011. He also estimated the value of this illicit animal trade at 13 trillion rupees ($868 million) per year.

Okarda said he hopes his team’s findings and the SVM tool they developed can serve as a model for Indonesian authorities to monitor the online market. Given that Indonesia is a global wildlife hotspot and one of the largest online markets in the world, it is surprising that it does not have an online songbird market monitoring system, a he declared.

“Monitoring of the songbird trade must also be extended to the online market,” Okarda said.

Basten Gokkon is senior writer for Indonesia at Mongabay. Find him on Twitter @bgokkon.

FEEDBACK: Use this form to send a message to the author of this message. If you want to post a public comment, you can do so at the bottom of the page.