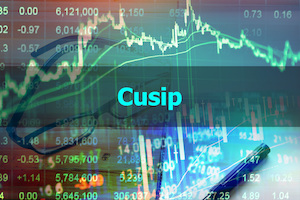 A class-action lawsuit was filed last week in the Southern District of New York that could have a ripple effect on the retirement industry’s infrastructure and, at least potentially, operating costs.

The lawsuit involves CUSIPs — those unique identifiers that are used to identify U.S. and Canadian registered stocks, U.S. government and municipal bonds, exchange-traded funds, and mutual funds — and it alleges that S&P Global, Cusip Global Services (CGS) and the American Bankers Association (ABA) – not to mention an entity called FactSet, which recently took over as GS’s new operator – “have conspired for decades to eliminate competition” in the use of CUSIP numbers. Additionally, the lawsuit claims that the high licensing fees that S&P and CGS have charged financial institutions for years to use the numbers are “based on false and malleable claims that a copyright held by the ABA has given them allowed to impose these restrictions”.

You might well think that CUSIPs, like stock symbols, are just something you deposit, save, and then use. But you’d be wrong, at least that’s not how it was set up.

The suit is being filed as a class action, with broker-dealer Dinosaur Financial Group LLC and Swiss Life Investment Management Holding AG acting as named plaintiffs. But the class they seek to represent is anyone (except data providers) who has paid license fees to S&P or FactSet according to the CGS Subscriber Agreement and Statement of Use of Services at any time from at least four years before the filing of the complaint.

The issue has been dragging on for some time now – and was even the subject of a meeting of the Securities and Exchange Commission’s advisory committee last fall.

According to the lawsuit, in the beginning, S&P and CGS had a direct relationship with financial institutions, which purchased physical books containing all CUSIP numbers used – until the 1980s, when financial services industry data providers (such as Bloomberg LP) began providing “rich sets of value-added data services, including CUSIPs, directly to financial institutions.”

That is, in order to use the data – as consultancies and archivists routinely do – they were told they had to sign a license agreement designed to create at least the appearance (if not the reality) of an understanding that S&P and CGS did, in fact, have a copyright, and in the process perhaps “creating” one, at least in recognition of a significant number of user entities.

The lawsuit describes the very interesting history and evolution of the CUSIP market – dating back to the origins of the development of the numbering system and the creation of an entity to maintain real-time listing completed in 1966, and introduced to the financial markets a long time ago. 1969. Since then, the adoption of this standard and its use by industry, but more significantly by the government and agencies of the United States (notably the SEC and the Treasury Department) has meant that, “by effectively adopting them as a standard, the United States government has given CUSIP a significant advantage over the development of any competing numbering system for US financial instruments.

“Issuers and financial institutions that were required to use CUSIPs in their regulatory reporting had an absolute need for CUSIPs and therefore did not need or use any competing numbering system.” That said, the suit argues that “although United States government financial regulators have mandated the use of CUSIPs in regulatory filings, defendants did not have and do not have the legal authority to control the use of CUSIPs by financial institutions after CGS has issued them”.

The lawsuit acknowledges the existence and importance of copyright protections on “creative works”, but singles out CUSIPS as resulting not from “artistic, literary, or any other aesthetic or subjective considerations”, but rather from ‘a “convention established more than 50 years ago” that “strictly determines the format of CUSIP and each digit it contains.” According to the lawsuit, a structure is “so rigid and predictable that a sender knows the CUSIP number of its next number before receiving the CUSIP and without needing to hear the CGS. Indeed, injecting novelty, creativity or subjectivity into CUSIP would destroy its usefulness as electronic trading systems could no longer identify CUSIP financial instruments.

The lawsuit asserts that this consideration “exerts decisive force over defendants’ putative copyright claim.” Ultimately, the plaintiffs here “…do not challenge the legality of CUSIPs as a numbering system for financial instruments in the United States, nor do they challenge the right of S&P, CGS, or FactSet to issue CUSIPs for new financial instruments Plaintiffs’ challenge centers on Defendants leveraging their control over the issuance of CUSIPs to unlawfully control the subsequent use of CUSIPs and their unlawful collection of “license fees” from financial institutions.”[i]

Basically, their argument is that a number is not copyrightable. “CUSIPs would lose their usefulness if S&P, CGS, or FactSet injected subjectivity, originality, or creativity into them, because electronic systems could then not read and process CUSIPs to identify the underlying financial instruments.” They don’t dispute the ability to charge for the production of a CUSIP, but not the continued use of that CUSIP by…well, everyone.

“The market for the use of CUSIP…is not competitive because S&P, CGS and the ABA have excluded all actual and potential competitors from this market, which has allowed them to impose the so-called restrictions based on “licenses” and “license fees”. Financial institutions. These defendants could not have engaged in this exploitative behavior and charged these monopoly rents in a competitive market.”

How much are we talking about? The lawsuit concludes that, “based on information and belief, the amount of the overcharge that the financial institutions category is paying is more than $100 million [sic] per year.”

As for the impact of these fees, Todd Kading, CEO of LeafHouse Financial and InvestGrade, notes, “We have witnessed a lot of effort to overcome the barriers artificially imposed by closed data systems. Energy and resources could be better deployed, improving outcomes for investors. Extremely high licensing fees have stifled innovation and confused the industry. »

[i] The lawsuit describes the process used by the defendants to compel the payment of the fees: “If a target financial institution initially refused to pay the fees, sales employees threatened the financial institution with cutting it off from CUSIPs to the extent that it did not “didn’t pay off. This threat was enough to intimidate virtually any recalcitrant into signing a license and paying the license fee.” He also notes that “most interestingly” was the third level of growing threats: “If sales employees determined that a particular target financial institution would challenge the need for a license in court rather than pay, employees were trained to back down and re-engage with that target later.This course of action confirms that S&P and CGS had no no reliance on their copyright claims. This gave S&P and CGS time to determine the optimal time and method to r ecommitment, which S&P and CGS did as they continued the plot to eliminate competition in the CUSIP usage market.