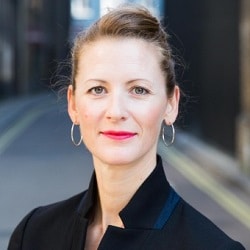 Swallow: What company wouldn’t want a 9% increase in revenue?

Smart contracts could plug a leak worth tens of millions of pounds in UK business revenue caused by paper and manual contracts, an event held yesterday to launch a major research report heard.

Introducing the event, Jenifer Swallow, Director of Lawtech UK, who published the Smarter contracts report, pointed out that 9% of all international trade revenue was estimated to be “an escape from the current paradigm of paper-based and manual procurement methods”.

She asked, “What company wouldn’t want a 9% increase in revenue?…And that’s just one thing. That’s before we even started looking at the efficiency benefits. »

She said a ‘paradigm shift’ was happening, but there was a ‘disconnect between what exists in terms of what companies are doing in terms of the procurement process and what they want” from the legal community.

Sir Geoffrey said the report aimed to show how smart contracts and blockchain technology were actually being used and to “dispel the great myth that blockchain is a fringe technology used only by those who want to risk their livelihoods or eventually make a fortune on volatile crypto-assets like bitcoin”. ”.

He added that it would become “ubiquitous in all major industrial and financial sectors, simply because it enables the immutable recording of data, thereby reducing friction in commercial and consumer transactions, and erasing the possibility of dispute over what happened”.

People thought blockchain was a “passing fad,” he said. They were wrong, just like some thought they could avoid the internet in 1995, but were “wrong”.

Laws Commissioner Professor Sarah Green explained that the body was looking at electronic business records and the issue of possession of intangibles.

He was trying to devise proposals that would stand the test of time by considering redefining electronic records “from first principles” to see how they could be possessed without being considered tangible – and therefore recognized by English law.

“So while the risk of fraud is still there, it will be different [and] be offset by the greater efficiencies in the use of smart contract technology.

The LawtechUK report included a number of real-world smart contract case studies, ranging from simple electronic signatures to contract automation and management, financial services, insurance, renewable energy – in which blockchain-based smart legal contracts underpin “microgrids” that enable the trading of small amounts of renewable electricity – the buying and selling of homes and the sale of goods and services.

Dundee Corporation announces the acquisition of shares of