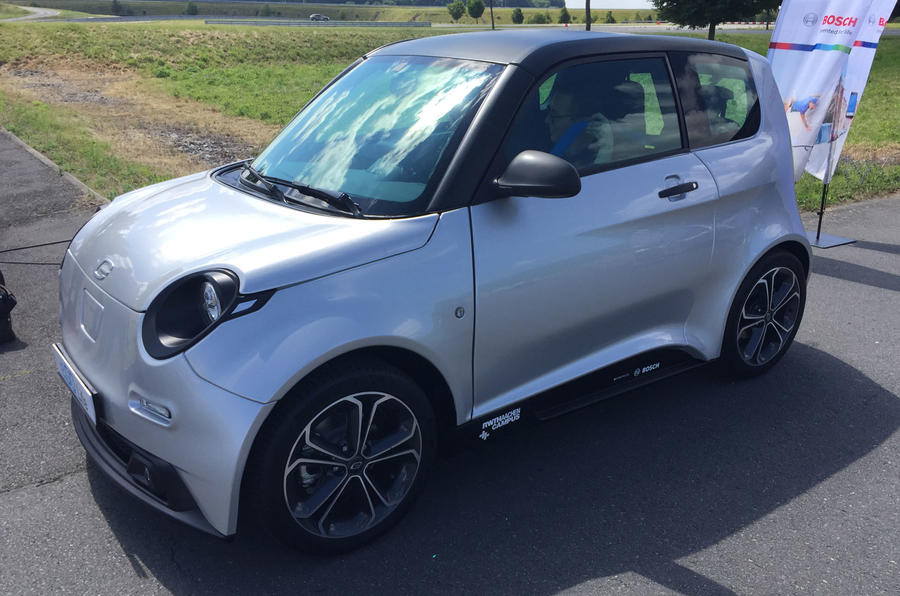 Speaking at the Goodwood Festival of Speed, a spokesperson explained: “Our plan is to set up a factory in Britain. We have the investment and we are looking to expand our reach.

The company currently has a production plant in Aachen, Germany, and holds licenses to build micro-factories in Bulgaria and Greece.

Each has a production target of between 10,000 and 30,000 cars per year. After going into voluntary insolvency during the pandemic, it recently reemerged after raising nearly £70m in investment.

It measures 3348mm long, 1748mm wide and 1581mm high, making it shorter but wider and taller than the Smart Forfour.

Sitting on an aluminum space frame with a plastic outer skin, it weighs 1150kg, around 50kg lighter than the Smart.

Life variants include a Sport model, with larger rims and more aggressive styling, and the e.Wave X, a more rugged model sporting black cladding around the bumper, rims and side skirts of the Life. car.