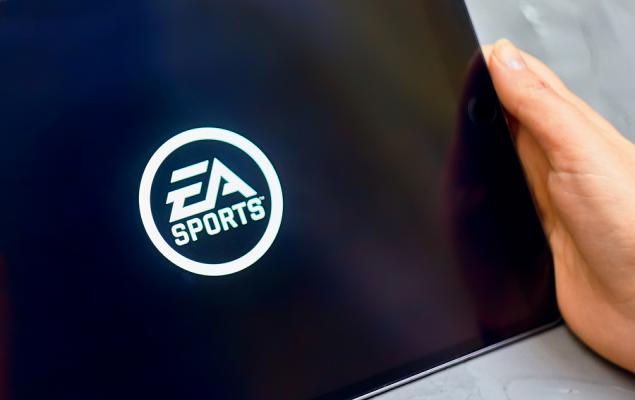 electronic arts(EA – Free Report) has been the primary beneficiary of the continued shift from physical to digital versions of video games. Additionally, the company’s freemium and extra content services are also generating significant traction in the market.

Shares of the company have returned 5.2% year-to-date compared to the 3.4% rise in the Zacks Toys – Games – Hobbies industry. The consumer discretionary sector has fallen 27% since the start of the year.

The company has focused on expanding its game portfolio over the past few years to attract more users to its platform.

Star Wars Jedi: Survivordeveloped by the veteran team at Respawn under the direction of game director Stig Asmussen and in partnership with Disney’s Lucasfilm Games, will be an expansion of the first title in the star wars game series, Star Wars Jedi: Fallen Order.

The newly unveiled game is designed for the current generation of gaming hardware. It is expected to create a deeper and larger environment star wars experience for players around the world when the game launches.

Fierce competition in the gaming industry

These projections bode well for Electronic Arts in the near term. The company expects to benefit from its lineup of game releases for the rest of 2022 and 2023.

EA has partnered with its subsidiary Codemasters to launch EA SPORTSFIFA in July 2022, which should boost user engagement on EA’s platform. The company also said it would release a remake of its classic sci-fi survival horror game, dead spaceon January 27, 2023. In partnership with Middle-earth Enterprises, a division of The Saul Zaentz Company, EA will add to its ever-expanding portfolio of mobile games a collectible role-playing game (RPG), The Lord of the Rings: Heroes of Middle-earth. The move should boost the company’s gaming business in the near term.

The robust growth of the gaming industry and its huge revenue potential has also caught the attention of many stakeholders, making the competition in the market much tighter.

This was made more evident by the launch of a beta version of MMORPG by Amazon (AMZN – Free report) called New world.

Amazon’s games vertical, formed in 2012, hasn’t had the best track record of shipping games as the tech giant has tried to move beyond being a seller to a developer . Previous Amazon titles, such as Crucible and Break away were canceled after poor reception during the test phase.

However, released in September 2021, New World was well received by the gaming community around the world.

According to MMO Populationsdata, New World currently has around 14.5 million players and is currently ranked #15 out of 135 tracked MMOs in terms of players and overall server population.

Another interesting development in the gaming industry comes from the streaming giant netflix (NFLX – free report).

Last year, in November, Netflix announced plans to expand its entertainment offerings and improve its mobile gaming experience. Since then, the company has expanded its gaming content portfolio.

An expanding games portfolio and significant partnership deals secured by Electronic Arts – currently carrying a Zacks Rank #3 (Hold) – only underscore its emerging strategy as it aims to catch up to competitors.