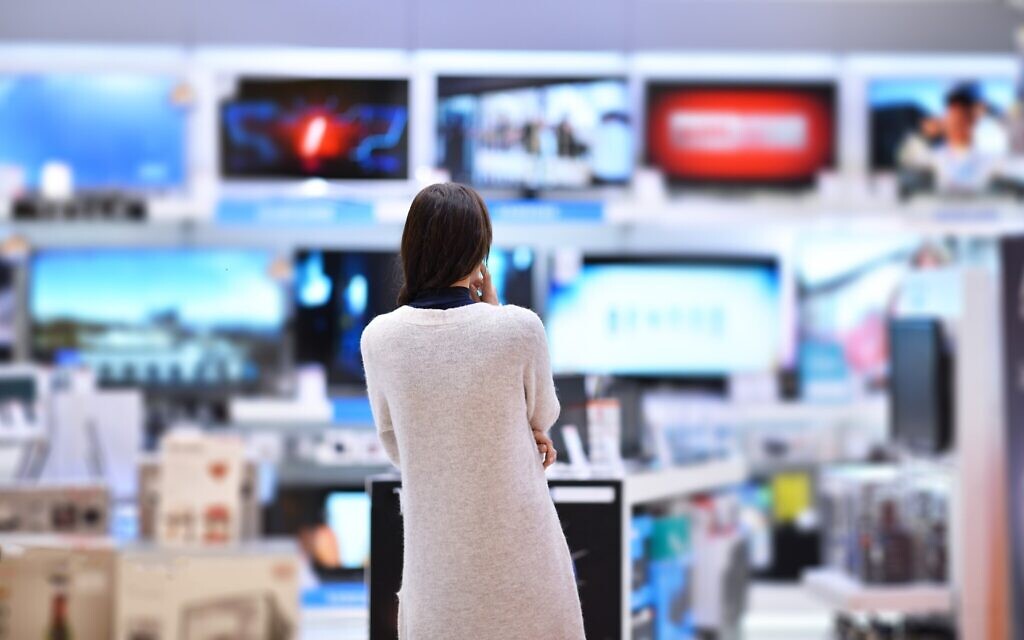 From Thursday, imported electrical appliances will have to meet EU standards only

The government hopes that a reform of the import of household appliances that will take effect on Thursday will help expand consumer choice and lower the cost of living in Israel.

The reform allows Israel to adopt the regulatory standards in force in the European Union, thus reducing the stranglehold of the Israel Standards Institute.

The institute was established before the establishment of the State of Israel to protect the country’s fledgling industries from foreign competition.

By setting its own standards for a wide range of consumer items, the Standards Institute has long played a key role in keeping prices high.

Until now, importers of electrical appliances have had to undergo physical inspections of their goods by an approved laboratory to assess compliance with the Israeli standard before the goods can enter the country. The process led to containers waiting at ports for weeks.

From Thursday, the Standards Institute will allow entry of EU-certified products. Importers must declare that the product meets European legal requirements and provide the Ministry of Energy with proof. Port checks will be replaced by a system of surprise security checks in stores. The hope is that new importers will enter the market and competition will bring prices down.

Among the items that will benefit from the reform will be refrigerators, washing machines, dryers, dishwashers, ovens and microwave ovens, air conditioners, televisions, light fixtures, light bulbs, computer equipment such as computers, servers and printers and audio equipment.

The Ministry of Economy expects savings of 7% on shipments of goods that comply with EU standards.

Asked why American standards were not mentioned in the reform, a spokesman for the Department of Energy explained that most American products comply with European regulations.

From Thursday, household appliances will also carry a new energy efficiency label to allow consumers to choose products that are less harmful to the environment.

Energy Minister Karine Elharrar said the reform will significantly ease the process of importing electrical products to Israel, reduce costs and increase competition in scope and product variety. At the same time, the reform should bring more energy-efficient products to Israel, and therefore lead to electricity savings.

Energy Minister Karine Elharrar during a meeting of the Arrangements Committee at the Knesset on June 9, 2021. (Olivier Fitoussi/Flash90)

“The reform is an important step in promoting energy efficiency in the economy, which will help the government meet the (carbon-related) emission reduction targets it committed to in the past. [2021 United Nations COP26] climate conference,” she said.

The move is part of a wider reform led by the Ministry of Economy to recognize international standards on a range of products, ranging from children’s products (including toys for children over 3, prams , beds and cradles, swings and high chairs), leisure and sports products, miscellaneous products for the home and optical items.

Products that will still have to go through the former route of the Israel Standards Institute include equipment used in gas systems, low and medium voltage power cables, solar boilers, thermostats, sensing equipment and fire extinguishers, play equipment, toys for children under 3, pacifiers and pacifiers, baby bottles and tableware.

You are a dedicated reader

We’re really glad you read X Articles from The Times of Israel over the past month.

That’s why we started The Times of Israel ten years ago – to provide discerning readers like you with must-read coverage of Israel and the Jewish world.

So now we have a request. Unlike other media, we don’t have a paywall in place. But since the journalism we do is expensive, we invite readers to whom The Times of Israel has become important to support our work by joining The Times of Israel community.

For just $6 a month, you can help support our quality journalism while benefiting from The Times of Israel WITHOUT ADVERTISINGas well as access Exclusive content only available to members of the Times of Israel community.

Thanks,
David Horovitz, founding editor of The Times of Israel

Already a member? Log in to stop seeing this