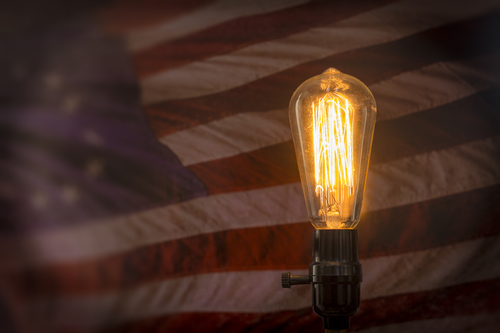 Great inventors are strangers to industry and must be protected

â€œIt was the outsiders, innovators and creative minds who found the startups and took huge risks, while investing huge amounts of time and money to bring the next step to marketâ€¦. But the patent system protecting these foreigners is completely broken. The incentives are all backwards.

Every once in a while a new invention changes an industry and sometimes even the world. In elementary school, we all heard about some of these great inventions – cotton gin, light bulb, telephone, etc. Today, as never before in history, we are witnessing an explosion of innovation in all facets of life. Many of these inventions are changing the way we live our lives. But most of today’s great inventions are hidden behind touch screens or in the bowels of data centers. They are often misunderstood, nor well known.

Throughout history, many great inventions did not come from inventors working in industries that they change forever. Great inventors are most often outsiders unhindered by the culture of an industry and thus having the freedom to do so in a different way. For example, Eli Whitney was not a cotton farmer when he invented the cotton gin; Filo Farnsworth invented the basic concepts of his image dissector tube (first tube of electronic television) when he was in agricultural high school; Alexander Graham Bell was working in the field of hearing loss when he invented the telephone; and Sergey Brin and Larry Page were students when they invented the Google search algorithm. The list of inventors who changed industries from the outside is long and continues to grow.

Tech experts David Sorrels and Greg Rawlins are outsiders who changed an industry. They invented a revolutionary method of processing radio frequency (RF) signals at ParkerVision, a company based in Jacksonville, Florida. This technology is now found in every smartphone we use today, and it is this invention that has enabled tech giant Qualcomm to consolidate the smartphone chip market and claim the lion’s share.

Parker Electronics was sold to United Technologies Carrier Corporation. But after the sale, former Parker Electronics CEO Jeff Parker was reviewing childhood movies and found his dad wasn’t on them because he was directing the camera. It became an idea. Jeff assembled the Parker team and founded ParkerVision to develop a robotic camera capable of automatically recording without anyone behind the camera. It was the development of this robotic camera, now used in TV newsrooms around the world, that led to David’s groundbreaking invention of RF signal processing that made ParkerVision a leader in RF technologies and changed forever the wireless industry.

Large companies commoditize products to maximize profits by reducing costs, increasing sales, and eliminating risk. To do this, they innovate primarily in their sourcing, manufacturing, sales and distribution models. Because their business model is focused on operational efficiency, they are not very good at making big changes to existing products or starting new product lines. With that comes risk, and large companies are inherently risk averse.

The wireless industry had settled on a complicated decades-old technology called Superheterodyne transceiver (called SuperHet) SuperHets convert analog baseband signals (think radio signals) to digital RF signals (those that can be consumed by electronics) using an elaborate set of parts (oscillators, mixers , filters, amplifiers, etc.). There were too many parts to put everything efficiently on a single chip, which made wireless transceivers physically large and battery-hungry. Despite this, academics and industry experts all agreed that the only way to produce a high quality digital RF signal was through a SuperHet.

But David didn’t know that a SuperHet was the only way to do it. All he knew was that ParkerVision’s robotic camera (called Cameraman) needed a small, inexpensive wireless device that the robotic camera could track, and the SuperHets were too big, too expensive, and consumed too much power. He needed a better solution.

There are no inventions that are not based in one way or another on things already invented. For example, Edison’s bulb was an improved filament that made it last long enough to be commercially viable, but all the other parts of a bulb were already invented.

To build a library of past inventions on which future inventors can draw, the patent system is a government business that grants an exclusive right in exchange for public disclosure of an invention. This encourages inventors to disclose inventions to the public and puts them in one place.

The biggest challenge in inventing anything is identifying the next step. But this next step is not so easy to identify. It takes a certain type of person in particular circumstances to determine which direction to look.

Experiment in the right direction

Experimentation is obviously common among inventors. After all, Edison failed over 10,000 times experimenting with bulb filaments before he got it right. David started tweaking a SuperHet in every way he could imagine. It took a while, but David finally learned what the industry already knew: A SuperHet cannot reasonably be simplified and made smaller. So he gave up on SuperHet and started looking in a different direction.

Direct conversion was another existing technology for converting analog baseband to digital RF signals, but industry experts had dismissed it as incapable of producing a high quality digital RF signal. As a result, it was only used in hobby applications and toys that could cope with poor signal quality.

David still began to experience direct conversion. Finally, his experimentation led to the invention of a method of Energy transfer sampling this, when applied to direct conversion, dramatically improved the quality of the digital RF signal. The improvement brought the quality of the direct-convert RF signal to the same level as the SuperHets, but with a fraction of the power consumption and a fraction of the parts, and its simplicity meant that it could be placed on a chip. silicon. ParkerVision named this new technology Direct to Data, or D2D for short.

Bring the invention to the market

David had limited experience in the wireless industry, so he contacted one of the industry’s top experts, Greg Rawlins in Orlando, Florida. Greg has tackled some of the toughest RF problems that military and industry haven’t been able to solve. He was a hands-on problem solver with extensive industry knowledge. Greg was hesitant that D2D technology could replace a SuperHet. After all, if it did, it would turn decades of research upside down. But he tested it anyway and found that it worked. Soon he joined ParkerVision.

Together, David and Greg have perfected D2D technology by inventing more technology around it. ParkerVision installed it on a silicon chip and started producing chips in the United States. D2D made CameraMan a success and soon ParkerVision sold the CameraMan product line. A few years later, ParkerVision’s technology won a Emmy Award.

David and Greg continued to develop D2D technology for other markets, including the cell phone market, which at the time operated in 2G. They put it on a cell phone chip and put it on the market.

The benefits of the millions of dollars invested by ParkerVision to invent and develop D2D technology are considerable. It dramatically extends battery life, the range of frequencies that can be used, and the distance between a phone and a tower. Because D2D could easily be put on a chip, it reduced the physical size of cell phones allowing for the plethora of other things you can now do on your smartphone now.

As a Qualcomm executive said in a 1998 email, which is available in public court documents, D2D “is practically the holy grail of RF receiver designs.”

The D2D was adopted by Qualcomm in the mid-2000s, which gave its chipset a huge advantage over its competitors, an advantage large enough that Qualcomm was able to capture the cellphone chip market.

In 2011, ParkerVision was forced to sue Qualcomm for patent infringement. The results are dozens of Patent Trial and Appeal Board (PTAB) inter partes examination (DPI) challenges and over 10 years of litigation costing ParkerVision millions of dollars, with millions more. to spend and many more years before the dispute is concluded.

Foreigners must be protected

It was the outsiders, innovators, and creative minds who found the startups and took huge risks, while investing huge amounts of time and money to bring the next step to market. Many of these technologies are changing industries and the world.

But the patent system protecting these foreigners is completely broken. The incentives are all backwards.

Since eBay vs. MercExchange, a counterfeiter who steals patented technology and then puts a startup into bankruptcy cannot be ordered. Between the PTAB and the evolution of judicial interpretations of Article 101 and the notion of â€œabstract ideaâ€, counterfeiters have followed one another in quick succession to invalidate the patents they have stolen. Inventors have to play a very expensive game of Whack-a-mole to get through the gauntlet.

This happened because of a multi-year disinformation campaign launched by Big Tech that corrupted reality with cartoons of â€œpatent trollsâ€ and â€œbad patentâ€ fictions. The trial judges drank the Kool-Aid and the Federal Circuit approved a bad court decision with no explanation under Rule 36.

Under today’s patent laws, large corporations no longer acquire businesses or license technology. It has become so serious that it is now a CEO’s fiduciary duty to their shareholders to steal the patented technology, wait to be sued (if that happens), and then sue the inventor in the oversight.

It’s a complete collapse of the U.S. patent system that once supported creative minds – people like David Sorrels, Greg Rawlins, and Jeff Parker – so they could change the world.

Americans are full of money and jobs. They also think the economy is horrible.