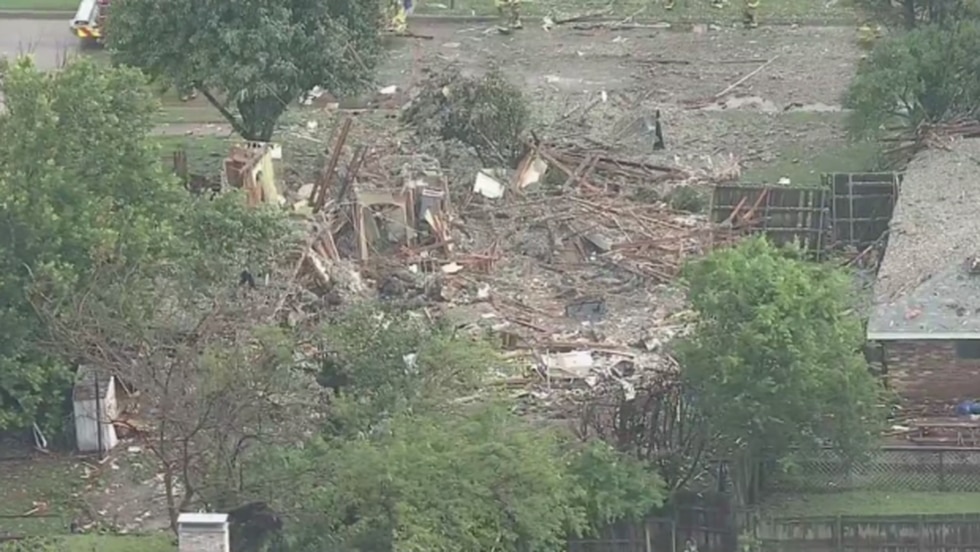 PLANO, Texas (CBSDFW.COM/AP) – A gas leak in a house in Plano on Monday July 19 was the probable cause of an explosion which destroyed the house and severely damaged the two neighbors, leaving six injured, firefighters announced on Tuesday.

Plano Fire-Rescue said further investigation would be needed to determine where in the house the leak occurred before the one-story house blew up around 4:40 p.m. Monday.

A spokesperson for Plano Fire-Rescue said the leak could be from a device or something else, adding that the destruction would hamper the investigation.

The leak was isolated in the house that exploded and no other house is in danger, Plano Fire-Rescue said.

A person from the exploded house and five others, including three children, from one of the damaged neighboring houses were taken to hospital for treatment, firefighters said.

Medical City Plano told CBS 11 it was treating three victims – one adult in critical condition, two others in serious condition.

The children’s medical center, where Plano Fire-Rescue reports taking three patients, will not release information on their condition.

A couple with three young children had just moved into the neighborhood about a month ago.

A family friend said the husband had to undergo emergency surgery to remove glass and debris from his body.

The community raises funds to help the family and a GoFundMe account is created.

Electronic Gas Market 2021 Is Expected To Be High