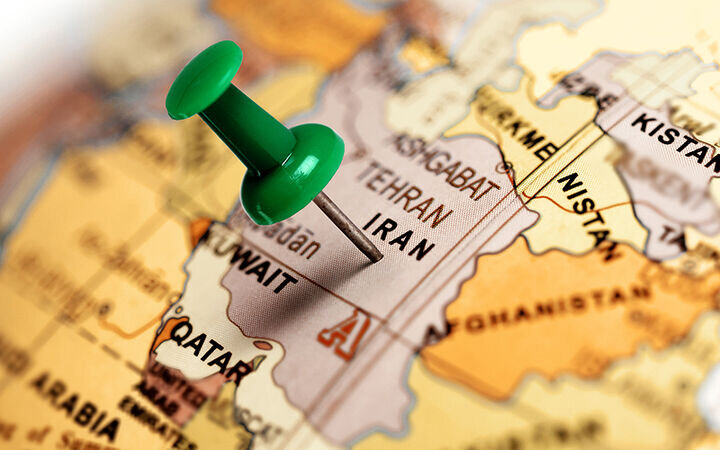 The Islamic Republic of Iran has international borders with 13 countries. Iran shares a total of 5,894 km of land borders with its neighboring countries, including Afghanistan, Armenia, Azerbaijan, Iraq, Pakistan, Turkey and Turkmenistan. It also has a total of 2,440 km of coastline, sharing maritime borders with six other countries, including Bahrain, Kuwait, Oman, Qatar, Saudi Arabia and the United Arab Emirates. Given its strategic geographical location, the Islamic Republic has enormous potential to promote and facilitate trade in the region.

Senior Iranian trade officials have already made several trips to the Persian Gulf states of the United Arab Emirates, Qatar and Oman in recent months. These visits are part of efforts to strengthen commercial diplomacy with countries in the region.

In the latest round of such trips, Iran’s Minister of Industry, Mines and Trade, Reza Fatemi-Amin, visited Armenia leading a high-level delegation comprising both Iranian officials and businessmen.

During the two-day visit, the Iranian delegation held talks with Armenian officials on a wide range of issues, including the reduction of transit fees, the establishment of joint industrial cities, the implementation of infrastructure and joint ventures in the production of household appliances and pharmaceuticals.

The value of trade volume between Iran and Armenia currently stands at nearly $360 million. Tehran and Yerevan intend to increase bilateral trade volume to $1 billion. Iran wants to deepen its trade relations with Armenia through joint venture projects.

Located in the northwest of Iran, the Republic of Armenia is a landlocked country sharing a 44 km border with the Islamic Republic. Iran’s strategic geography provides a great opportunity for Armenia to access international markets.

On the other hand, Armenia can serve as a gateway for Iran’s entry into Eurasian markets. Armenia, along with Belarus, Kazakhstan, Kyrgyzstan and Russia, is a member state of the Eurasian Economic Union (EAEU).

Trade relations between Iran and Armenia have developed significantly after Iran signed a free trade agreement with the EAEU in October 2019. Armenia is home to one of the main transport corridor routes South North.

Iran has already announced that it is ready to cooperate with Armenia in the construction of a new transport road (Kajaran-Sisian road). The 64-kilometer road forming part of the Iran-Armenia-Georgia transport corridor is part of Iran’s bid to launch the North-South transport corridor.

The International North-South Transport Corridor is a 7,200 kilometer multimodal network of maritime, rail and road routes for the transport of goods between Iran, India, Afghanistan, Azerbaijan, Russia, Armenia, Central Asia and Europe. If implemented, the strategic road can improve trade connectivity between countries in the region.

Iran is already known as the anchor of stability and security in West Asia.

Good diplomacy with neighbors, including expanding trade ties with neighboring states, is high on the agenda of the new Iranian government. Tehran’s innovative commercial diplomacy can further promote peace and stability in the region and beyond by securing the interests of sovereign regional states and engaging them in constructive interaction.