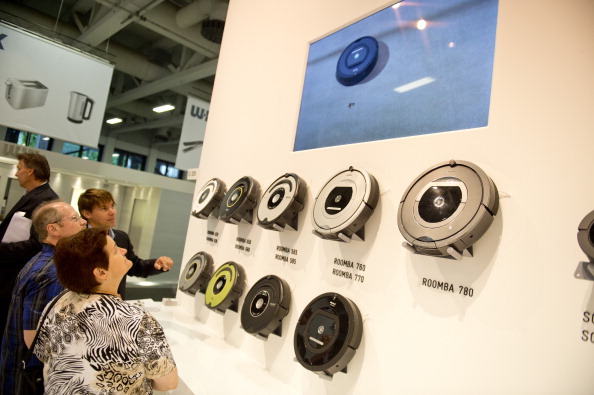 On top of that, iRobot’s new software update for Roomba vacuums also comes with some notable new features.

(Photo: by ODD ANDERSEN/AFP/GettyImages)
A group of more than 60 visitors look at a range of home cleaning robots at the irobot stand during the first day of the 52nd ‘IFA’ (Internationale Funkausstellung) trade fair in Berlin August 31, 2012. High-tech gadgets to be made making life easier, safer and more fun for seniors is on display at the world’s largest showcase of consumer electronics and home appliances.

According to a report by The edge, iRobot has announced that it is adding Siri support to all of its Roomba smart vacuums and mops, enabling Apple’s voice assistant integration.

Unlike other voice assistants, namely Google Assistant and Amazon Alexa, Apple Siri support has yet to extend to room-specific cleaning commands.

However, iRobot’s Director of Product Management Ryan Schneider himself told The Verge in the same report that they will include more commands to its Siri voice command support in the future.

But for now, Siri commands are limited to basics like starting and pausing Roomba vacuums.

Siri voice control support for Roomba vacuums works right from the iRobot Home app. With this, users no longer have to use Apple’s Shortcuts app to make it work.

So Roomba vacuum users could easily speak commands like “Hey Siri, clean everywhere,” and their smart cleaning device will follow suit, according to a recent report by Apple insider.

For example, users could specifically instruct the smart vacuum to make a single pass for the empty guest room.

On the other hand, they could also have him do two passes over the kitchen, which only makes sense because it usually houses more clutter and dirt.

Additionally, iRobot’s Genius 4.0 update also introduces a new smart feature that allows its robot vacuums or mops to detect certain obstructions like clothing to avoid them while cleaning floors.

Plus, there’s also a new Do Not Disturb mode and additional options like locking pets or children to keep them safe from the smart cleaner.

This article belongs to Tech Times

ⓒ 2021 TECHTIMES.com All rights reserved. Do not reproduce without permission.

Loans for bad credit with guaranteed approval online: the best way to get fast money

Display Week 2022 with the CEO Forum and Women in Tech