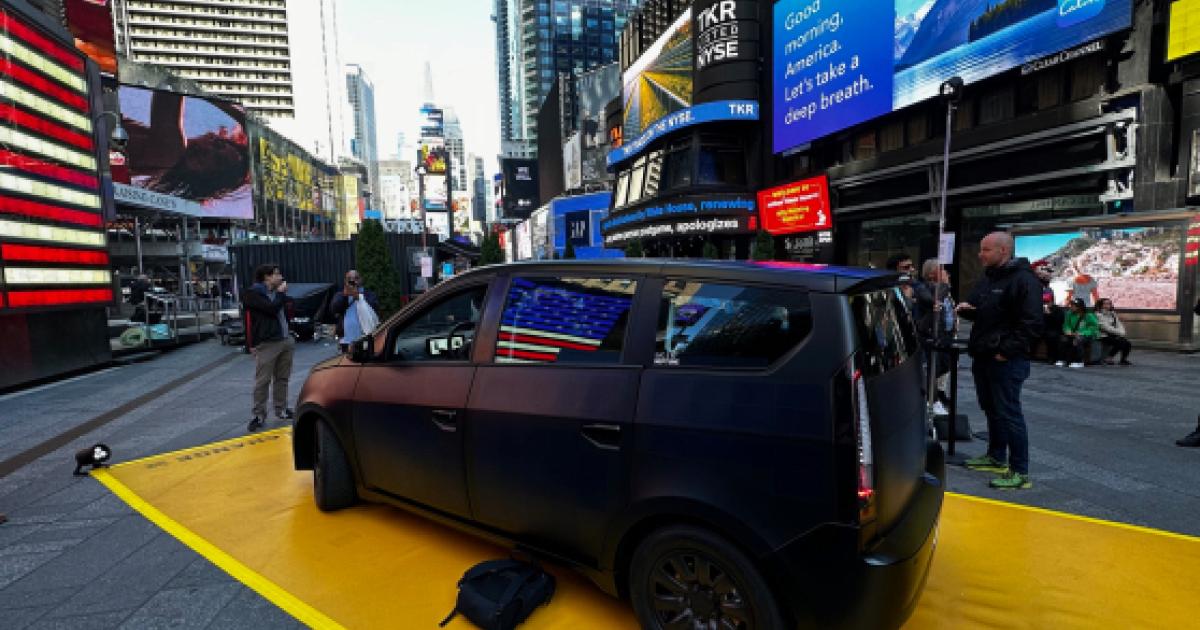 Bi-directional charging allows the vehicle owner to use the energy stored in their car for more than driving – powering their home, delivering power to the grid or powering household appliances or even charging another EV. A number of vehicles on the market offer some form of two-way charging, including the Hyundai IONIQ, Kia EV6, Nissan Leaf, and Ford F150 Lightning. However, not all two-way charging types are created equal, and some require additional hardware, specific charging stations, and car manufacturer software to enable. Additionally, car manufacturers are adopting different versions of two-way charging. Honestly, for the general public, this can get quite confusing.

For example, one of the most common vehicles on the road offering V2G is the Nissan Leaf, which recently has been approved for V2G using Fermata Energy charging stations. However, a limitation of the Nissan Leaf is that it still uses a CHAdeMO connector, which the industry in North America and Europe has moved away from for the Combined Charging System (CCS). Volkswagen too announcement that its ID.4 lineup will have V2G by the end of 2022. However, there is no major update on this yet, other than a recent partnership with Ellia Group, a Belgian high voltage transmission operator. Ford is also in the V2G pilot phase with duke Energy, using the F150 Lightning.

In terms of large-scale V2G applications, it seems vehicle fleets are where applications really grow. Noteworthy examples include a number of electric school bus drivers Where revel inthe all-electric ride-sharing service conducting a pilot project in New York with the Con Edison utility.

If we really want a fair transport ecosystem with as many drivers as possible taking advantage of impactful technologies such as two-way charging, then the barriers to entry must come down.

V2H also attracts a lot of consumer attention. A notable example is the Ford F150 Lightning, which comes with two-way charging capabilities using a CCS connector, capable of powering your home in the event of your grid failure. However, since the vehicle provides direct current (DC) power for bi-directional charging, it requires the Ford Charge Station Pro and a Ford Home Integration System to convert power from DC to alternating current (AC) to that your house can use it. . V2L is also becoming increasingly popular as vehicles such as the Hyundai IONIQ, Kia EV6, Rivian R1T and many more offer such functionality. It’s super simple, which is why more EVs have it. V2L allows the user to plug in any standard socket in the vehicle and power the device (lights, computers, fridge, etc. – if it has a socket, your V2H vehicle can power it). However, these vehicles are not cheap. IONIQ 5 has a starting MSRP of $41,450, the EV6 $41,400 and the Rivian R1T at $68,575. The F150 Lightning has an MSRP ranging from $52,000 to $97,000.

What strikes me most about two-way billing is that there are two overarching variables that complicate consumer adoption. These variables are 1) the price of the vehicle is still too high, and 2) in the case of V2G and V2H, the vehicle still requires expensive additional technology, namely an inverter to convert the vehicle’s direct current into usable alternating current. For Exampleif you’re buying a Standard Range F150 Lightning, you’ll also need to purchase the necessary charger from Ford, along with the inverter, bringing the total cost of the additional equipment to around $5,205.

If we really want a fair transport ecosystem with as many drivers as possible taking advantage of impactful technologies such as two-way charging, then the barriers to entry must come down. Sono Motors is an automotive company geared towards affordability and access to a well-priced electric vehicle with two-way charging.

PA Engines is a new automaker based in Germany. Although he hasn’t delivered a vehicle yet, he has a pretty promising package. From the looks of it, the Sion, Sono Motors’ first vehicle, is definitely not for everyone. Its design reminds me of the early days of electric vehicles as it offers a more coupe hatchback look. However, beyond the initial design, something obviously unique is going on with the vehicle as it is completely covered in solar panels integrated into the vehicle body. On average, the panels themselves are expected to deliver around 70-150 miles of vehicle range each week, adding to the already 54kWh battery with around 190 miles. When combined with CCS fast-charging at 75kW – not ideal but not the worst considering the average DC fast-charging speed is 150kW and above – it’s an exciting package. For a more detailed dive, you can check a sneak peek from TechCrunch’s Rebecca Bellan.

After spending time with the Sion on its New York tour and speaking with Laurin Hahn, co-founder and CEO of Sono Motors, two main attributes of this vehicle stand out and have the potential to have a big impact at long term . What are they? Price and accessibility of two-way charging.

Sono Motors already has 20,000 private pre-orders ahead of its launch in Europe next year, as well as 22,000 fleet operator pre-orders. The company hopes to expand to the United States, which is why they are touring the United States. The Sion is priced under $30,000 and it offers some pretty impressive two-way charging features, namely V2G, V2H, and V2L. Hahn shared the full breakdown with me. “You see those food trucks there,” Hahn said, pointing to one of hundreds of food trucks in New York using a diesel generator to power their operation. “We’re basically going to make this process [using a generator] obsolete. “The Sion features a 3.6kW household socket as well as 11kW AC – not DC – two-way charging which is standard on all Sions. “We will be releasing the Sion chargers, which are V2G ready and V2H, and from there you just plug in at night, and it levels the car, whatever you need at home, and it becomes your home storage,” Hahn said. “It’s a huge selling point if people understand that.

The Zion Charger is something the company recently announced, claiming it will be 70% cheaper than other two-way DC chargers. Of course, a notable disadvantage using AC instead of DC is that the driver still needs a specific AC charger. However, looking specifically at price and lower barriers to entry, AC seems to win out over DC.

Overall, I tend to agree with Hahn. The Sion seems like a good package, priced under $30,000 before incentives, offering well over 200 miles of range and two-way AC charging.

In the end, I see this vehicle gaining traction, especially for the reasons mentioned. If the design of the vehicle presented on tour was final, it was still a prototype. This vehicle could appeal to a lot more people if Sono Motors is able to refine part of the exterior so that the panels themselves aren’t entirely visible.

Finastra on partnerships and the evolution of the company-customer experience