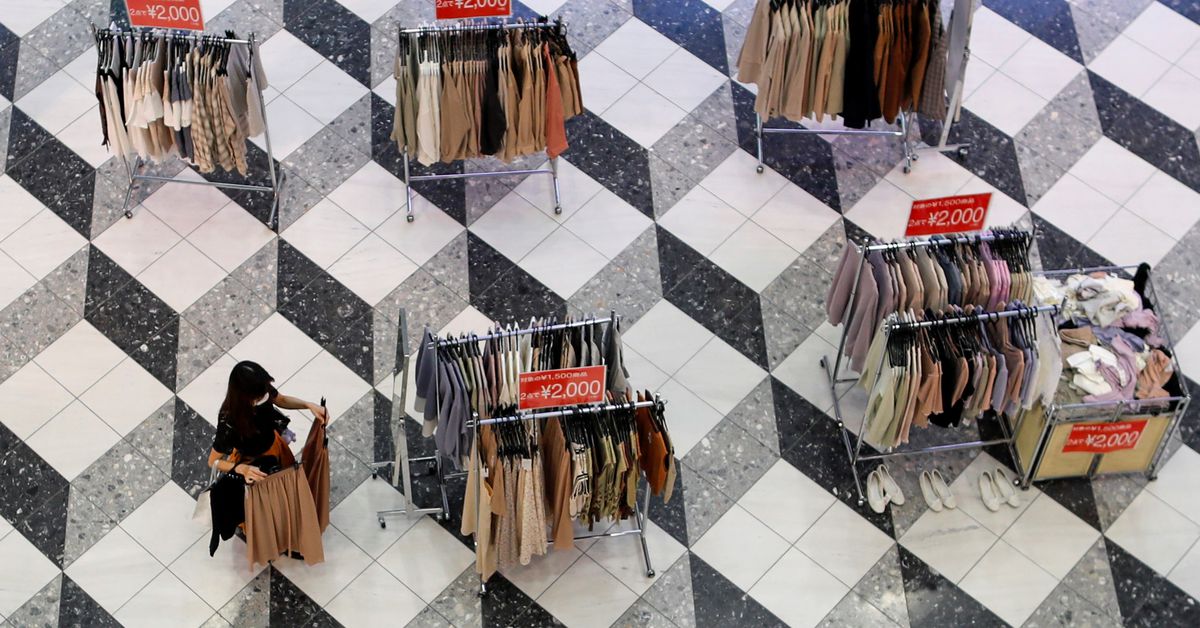 A shopper wearing a protective face mask is seen at a site selling women’s clothing inside a shopping mall, amid the coronavirus disease (COVID-19) outbreak in Tokyo, Japan, July 26, 2020 REUTERS/Issei Kato

TOKYO, May 10 (Reuters) – Japanese household spending fell in March for the first time in three months, although the 2.3% drop was smaller than expected as consumers remained cautious despite some easing in restrictions related to COVID-19.

While declining coronavirus risks have boosted consumer activity since April, rising living costs could hamper Japan’s consumption-led recovery for the rest of 2022, analysts said. Inflation is at its highest in several years in the world’s third-largest economy, stoked by the war in Ukraine and the yen’s slide to its lowest level in 20 years. Read more

Government data on Tuesday confirmed lower spending in March compared with the same month a year earlier. The drop was smaller than Reuters’ median market estimate for a decline of 2.8%, and followed a 1.1% rise in February.

The first decline since December was also partly due to a tough comparison with March 2021, when spending jumped 6.5%, a government official told a press briefing. Some items like mobile devices, cars and takeaways have seen high demand, the official said.

Spending on services at restaurants and travel agencies also edged up year-over-year, he said.

Meanwhile, spending on fresh food and household appliances fell from a year earlier, and consumption still remained below pre-pandemic levels in March, the data showed.

Household spending in the January-March quarter fell 1.8% from the previous quarter, the data showed, as measures to combat the Omicron variant COVID lasted until the end of March.

On a seasonally adjusted monthly basis, spending rose 4.1% in March, which was the first increase in three months and stronger than forecast growth of 2.6%.

“However, as energy costs such as electricity bills as well as food prices have increased, the next rebound in consumption may not be as strong as expected,” he said.

Economists expect the world’s third-largest economy to contract 0.7% year on year in January-March, followed by a 5.1% rebound in April-June, according to the latest Reuters poll. Read more