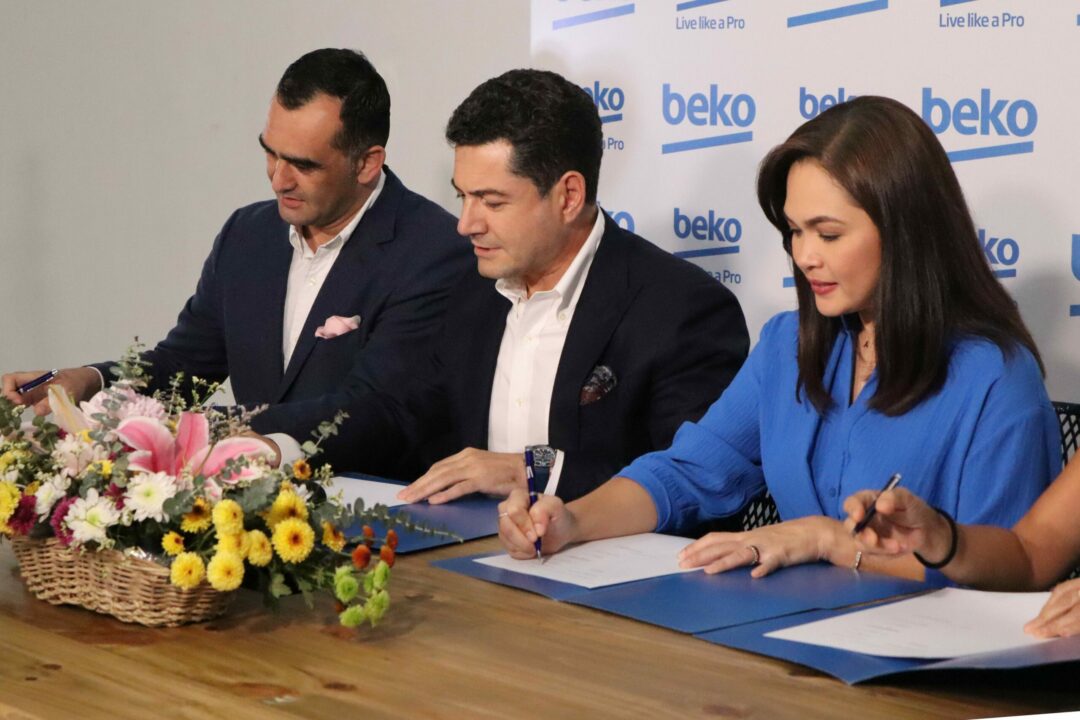 ACTRESS and restaurateur Judy Ann Santos-Agoncillo is the new face of Turkish home appliance brand Beko in the Philippines.

Beyond her accomplishments as a professional actress, one of the factors in Beko’s choice was Ms. Santos-Agoncillo’s domestic prowess. “We want someone who not only has incredible connections and impact on the lives of Filipinos, but who is also an active and hardworking mother and wife to their family; which can surely represent our drive and purpose to inspire a healthy and sustainable lifestyle,” said Gürhan Günal, Country Manager of Beko Pilipinas Corp. during a Zoom press conference last week.

Ms Santos-Agoncillo is married to fellow actor Ryan Agoncillo, with whom she has three children. She had a long career in showbiz, appearing as one of the lead characters in the 1990s soap opera. Mara Clara. In 2019, she won the Best Actress award at the Cairo International Film Festival for the film Mindanao.

She also happens to have a huge following on her YouTube cooking channel (1.68 million subscribers at the time of writing) and owns Angrydobo restaurants (with two branches: on Taft Ave. in Manila and Alabang).

Ms Santos-Agoncillo showed her own brand of humor during the press conference. Appearing on site to sign her contract with the appliance company as it was broadcast on Zoom, she asked Beko executives if she could answer questions in Tagalog – and began answering them in a mixture of English and Filipino. When asked how she felt when approached to be the brand ambassador, she said, “With every new partnership we enter, I would always ask twice, ‘Are they safe? ‘Cause there’s always a feeling like, ‘baka hindi totoo (Maybe it’s not real)!’.

“I know this brand would represent me personally because it’s so stylish — parang ako (like me). Naks!“, she joked.

At the same time, she raves about household appliances: “May Bluetooth connection I’m going Washing machine! How can you say no to that?

She’s also excited about the refrigerators, one of which has a feature that claims to keep vegetables fresh longer with a special light feature. “Ngayon lang ako uli nakakita ng ref na na-lover ako (It’s the first time in a long time that I’ve fallen in love with a referee),” she said. “NakakalokaSpeaking to Beko executives, she translated: “‘Nakakaloka‘ is ‘crazy’… I’ll teach you!

Her favorite feature of a Beko fridge, however, is its cosmetic box, for keeping face creams and the like at just the right temperature. “Pagbukas ko ng ref, maaalala mo maglagay ng cream its mukha mo (When you open the ref you will remember to apply cream to your face)!”

More seriously, however, she told the media that she plans to use the brand’s air fryers and ovens for her restaurants to save money. “We just have a small kitchen,” she said. “They have a lot of devices that (have) inverter(s). We need that, especially when you have a business. You really try to find ways to save money.

Loans for bad credit with guaranteed approval online: the best way to get fast money