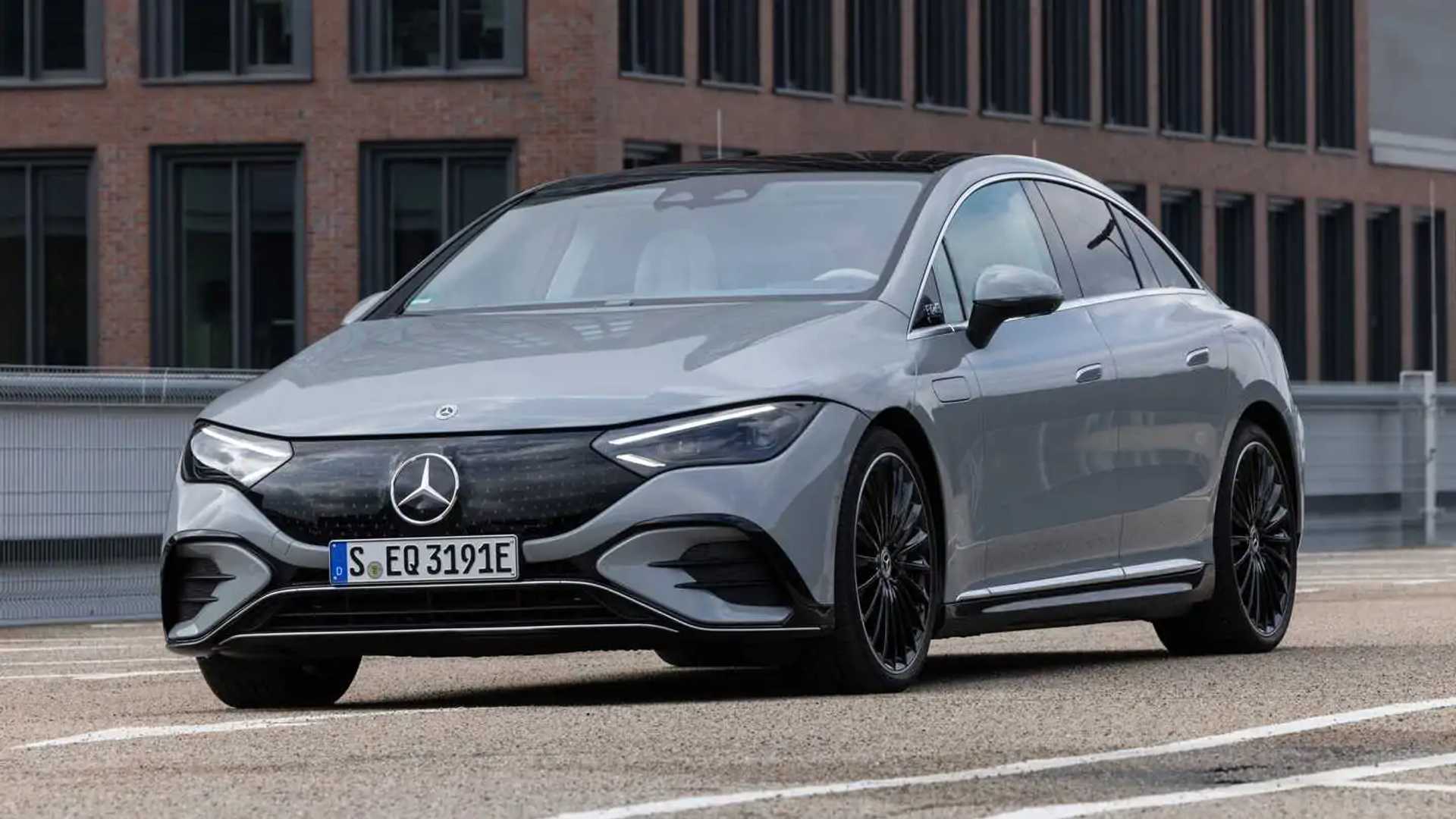 Mercedes-Benz’s push towards battery-electric vehicles is starting to pay off. During the company’s earnings call today, Mercedes chief financial officer Harald Wilhelm revealed that the EQE has a profit margin equal to that of the ICE-powered E-Class.

Wilhelm said, “At this point, the EQE margin is at the point of the E-Class margin,” according to Automotive News Europe. Wilhelm added that the EQE might even be ahead of the E-Class.

It’s worth noting that there’s a considerable price difference between the two, with the E-Class starting at $55,000 in the US. Mercedes hasn’t revealed pricing for the EQE for North America, but it starts at around €70,000 ($70,800) in Europe – a price difference of $16,000 that likely helps the EQE to match its ICE equivalent.

While this is good news for the EQE, the wider EQS doesn’t fare as well. Wilhelm said the EV luxury sedan’s margins are lower than the S-Class, but the numbers are improving, with the EQE not far behind its ICE sibling.

Mercedes has no plans to slow down its assault on electric vehicles. The company expects to increase BEV sales over plug-in hybrids in the second half of the year. During the call, Mercedes CEO Ola Kallenius said he wants 50% of the company’s electrified car sales to be BEVs, prioritizing them over plug-in hybrids. The new EQE and the EQS SUV will help the company achieve this goal.

BEVs are still years away from reaching cost parity with ICE vehicles, but the gap is narrowing. Some automakers believe cost parity is just a few years away, while others predict parity between the two will occur in the second half of the decade. Costs and prices are falling, which should be a big win for consumers.