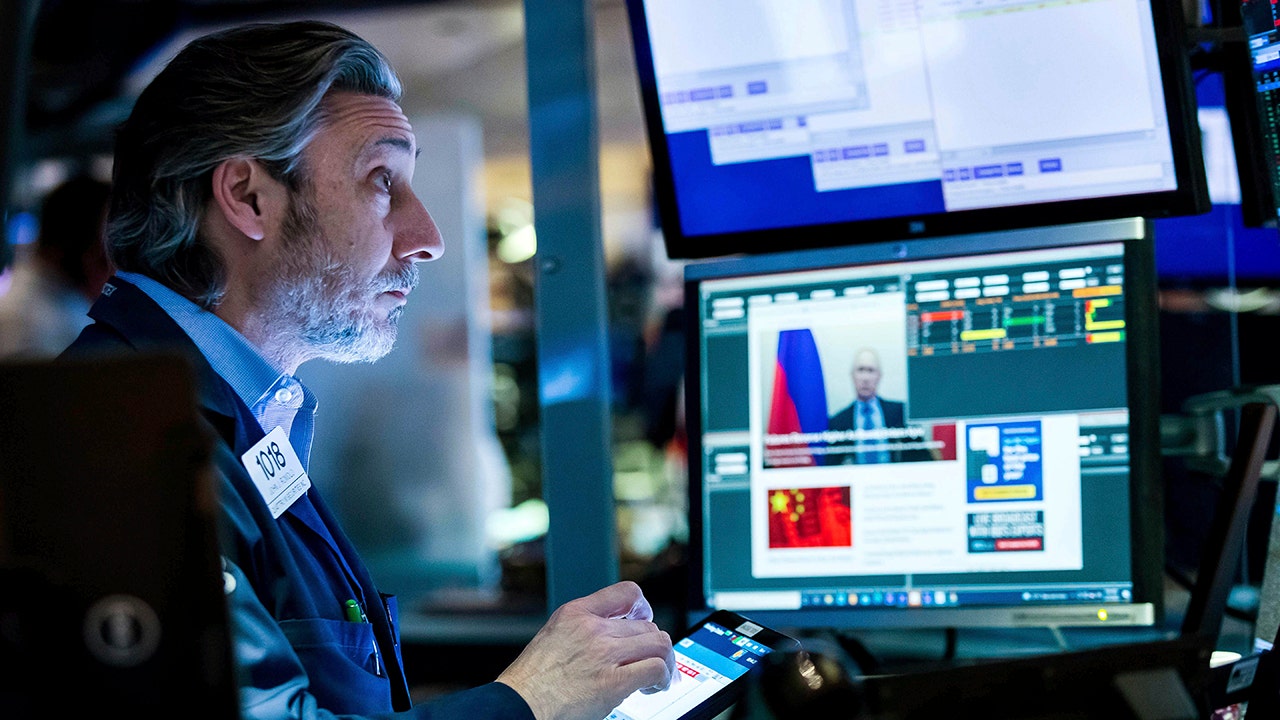 US stocks unfolded in another see-saw session that ended mixed as investors weighed Russia’s latest invasion of Ukraine against the extension of US sanctions against Russia’s central bank by freezing all assets held by Americans.

The S&P closed slightly lower, while the Dow Jones Industrial Average fell more than 179 points, erasing a decline of more than 400 points, to close down 0.5%.

INFLATION AND FALSE MONETARY POLICY MEASURES POSE A RISK FOR THE US ECONOMY: NABE

On Monday, the ruble plunged more than 30% after the decision to block Russian banks from the SWIFT payment system. The sanctions include restrictions intended to restrict the Russian central bank’s access to more than $600 billion in reserves and hamper its ability to support the rouble. In response, Russia’s central bank raised its benchmark rate from 9.5% to 20% in a desperate attempt to prop up the ruble’s slide and stave off a run on the banks.

Russian exchange-traded funds were under pressure.

Additionally, the New York Stock Exchange and the Nasdaq Composite have implemented a temporary trading halt for a handful of Russian companies that trade in the United States. According to an NYSE notice, the listed companies are Mechel PAO, American Depositary Shares – each representing two common shares. – and Mobile TeleSystems Public Joint Stock Company and Cian PLC American Depositary Shares, each representing one ordinary share.

On Nasdaq, stocks included are Yandex, known as Russian Google, and online retailer Ozon, as well as Nexters and QIWI and Head Hunter Group.

And gold soared above $1,900 before falling back to $1,899.40 an ounce as investors turned to safer assets amid volatility hitting US stocks.

British Petroleum on Sunday confirmed it would quit its stake in Russian energy company Rosneft – the latest private severance of relations with Russia as the world superpower invades neighboring Ukraine. BP, which has held a 19.75% stake in Rosneft since 2013, also announced that its chief executive, Bernard Looney, will step down from the Russian company’s board, effective immediately. Bob Dudley, a former BP executive, will also resign from Rosneft’s board.

Late Monday, Shell joined the movement by announcing it would exit its joint venture with GazProm, including its support for the Nord Stream 2 gas pipeline.

Airlines have come under fire over fears Russia’s escalation in Ukraine could jeopardize travel.

In earnings news Monday, Lordstown Motors, Nielsen, Party City and Tegna before the market open and SmileDirectClub, Workday and Zoom Video Communications after the bell.

In cryptocurrencies, Bitcoin hovered around the $38,000 level before rising above the $40,000 level as stocks recouped some of their losses.

GET FOX BUSINESS ON THE ROAD BY CLICKING HERE

The Associated Press contributed to this report.