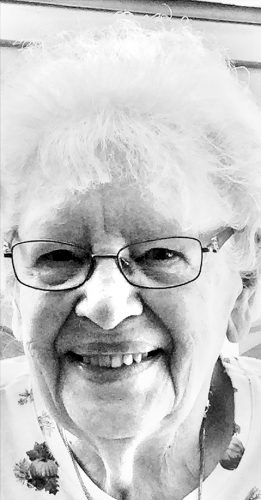 Heaven’s choir got a little grander on Saturday, November 27, when 89-year-old Nellie E. (Carlton) Rush brought her musical talent and perfect pitch to the soprano section.

Born among five children of Fred and Mary Carlton on October 28, 1932, in Verona, Pennsylvania. During her youth, Nellie lived in various towns in PA and NV. Following an illness and overcoming parental objections, she graduated from high school in Wilkinsburg, Pa., Then moved as a single adult to her own apartment in Pittsburgh and got a job while continuing his studies in banking and secretarial work.

A talented singer and self-taught vibraharp player since her youth, Nellie has used her gifts with joy in church ministry. Well known, his voice ministry was frequently requested for camp meetings, revivals, church assemblies, special occasions, and weekly church services. She taught her children and conducted adolescent and adult choirs, conducted community hymns, and for several years served as music minister at Follansbee Church of the Nazarene. She particularly liked the old church hymns.

It was while singing at a camp reunion in Clinton, Ohio, that she was introduced to the handsome and modest Kenneth Rush Sr. They quickly fell in love and, despite a difficult courtship, got married. at the end of the year in Paden City, West Virginia. Their fifty-seven healthy, Christ-centered, loving, loving marriage has been a model of success. A resident of Weirton, WV since her marriage until 2014, she and Kenneth had three children: Cheryl O’Leary of Portsmouth, Virginia, predeceased Nellie in 2014 and Cindy Koelbl of Maricopa, Arizona and Kenneth Jr. (fiancée, Gaby ) of St. Petersburg, Florida, who survive. She also leaves behind nine grandchildren Jennifer Howell (Jake), Rebecca Meneely, Johnathan Rush, Lauren Miller, Heather Oney (Curtis), Kenny Greer (Becca), Michael Miller (Jenny), Sarah (Rush) Lamantia (Ryan) and Kenny Rush (Natalie) and nineteen great-grandchildren Hannah, Logan, Junior (Kenny), Elaina, Dryden, Kayla, Grace, Taylor, Connor, Amaya, Devon, Lizzette, Maria, Carmen, Braxton, Sheamus, Magnus, Trey and Haylee.

Throughout her life, Nellie has often been unconventional. A devout Nazarene, she had an unwavering faith and belief in God; her quest to be like Jesus guided her. An avid reader of the Bible who had daily devotional and prayer times in the morning, despite seeing difficulties in vision, committed in her later years to reading the entire Word each year. She had unshakeable and strong beliefs, convictions and opinions and did not hesitate to share them. She had a servant’s heart, a compassionate and empathetic mind, and a listening ear. She has consistently demonstrated how to love unconditionally. She valued her family above all else and prayed for each person daily.

In a time of stay-at-home moms, Nellie used God-given gifts of administration and leadership by working outside her home for many years. His greatest professional joys were realized by providing legal support for law firms with Martin (Marty) Bogarad and Joe DiBartolomeo. She has successfully tackled gender and pay equity in the workforce, work / life balance, technological advancements and remote working. Personally, she showed the joy of living a simple life, managed to achieve the longest lifespan of any appliance or piece of furniture, filled many stomachs with her good food and pastries, generously gave gifts , loved to travel with Kenneth, had a thumb for certain plants, and loved to collect – especially bells and hummingbirds. She was a life member of the Church of the Nazarene and served in various local and district offices. A master seamstress, she also loved to knit and crochet. She loved watching sports, especially soccer, basketball, and golf (especially when Tiger Woods was playing) and in her early years, she loved playing golf, especially with Kenneth, and didn’t hesitate to let us know when his score was lower. Very competitive, she enjoyed watching Jeopardy and playing scrabble, crosswords and word games on her computer or tablet.

After leaving Weirton and living in Arizona for a while, she began a second act at the end of her life, showing her fierce independence by moving to an independent living center in Spokane Valley, Wash., To to be near his sister. There she met, dated and married William (Bill) Rickett. They shared a full, happy and fun life, albeit far too briefly. She became a fan of the Seattle Seahawks but continued her loyalty to the Steelers and WVU. She easily adopted and loved her son, Randy, relishing the time spent together. Her easy smile and helpful, caring and friendly demeanor have earned her countless friends, participation in the Wii Bowling League, and community volunteerism.

Nellie will be sadly missed by many. In addition to his son and daughter and their families and Randy, his sisters Donna (Ralph) Kramer of Spokane Valley, WA and Vi Matthews of Palo Alto, CA, and several nieces, nephews, great-nieces and nephews, and many friends stay. In addition to Kenneth Sr., Bill and his daughter Cheryl, she was predeceased by her parents, two brothers, nieces and nephews, and close friends who eagerly awaited her heavenly arrival.

The First Church of the Nazarene on Colliers Way in Weirton, where Nellie was a longtime member, will host her visitation and viewing from 6 p.m. to 8 p.m. on Thursday, December 2 and the funeral service at 11 a.m. on Friday, December 3. Internment and burial rights will take place at Highland Hills Memorial Park, Follansbee, immediately following the funeral service. Pastor Brian Richardson, pastor of the church, will officiate. If desired, instead of flowers, memorials can be made at the Weirton Nazarene Church.