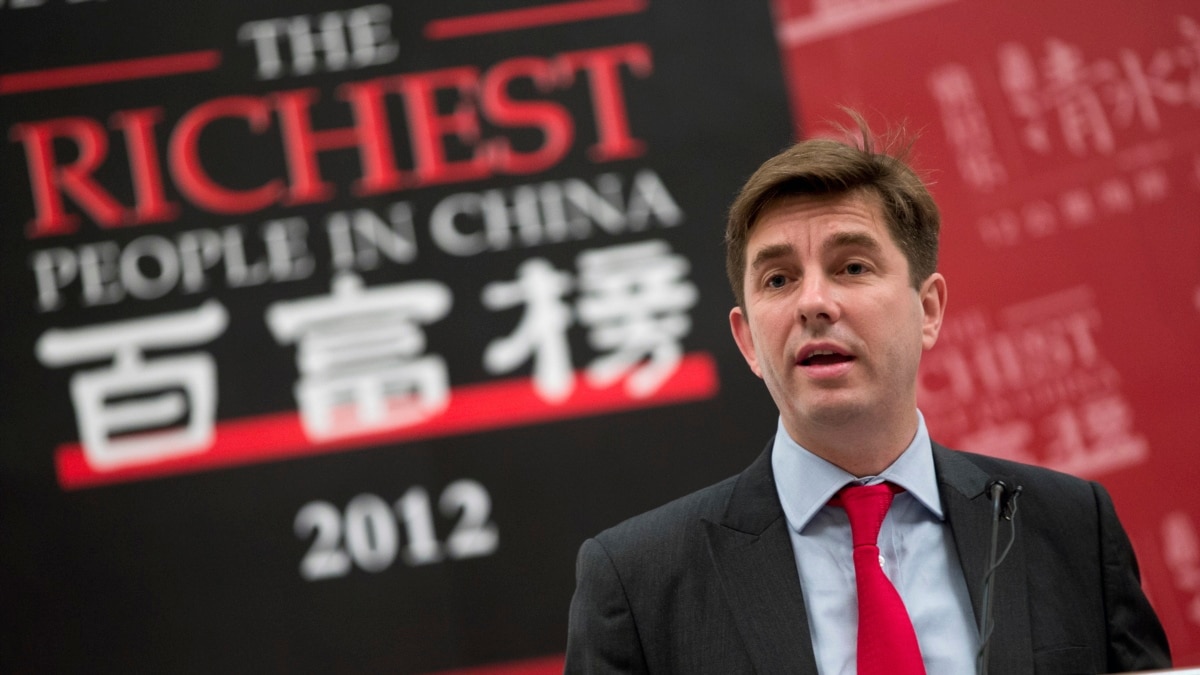 Beijing’s crackdown on top market sectors like tech is upsetting stock prices and forcing a radical reclassification of the really, really rich China as the government shifts its economic focus to embrace companies that drive greater prosperity .

Some billionaires have even fallen off the Hurun Global Rich List, which ranks the world’s richest individuals even as it focuses on those in China, which is home to more billionaires than any other country.

In late 2020, Chinese regulators launched a crackdown on the country’s tech giants in an effort to limit their influence and maintain control over assets such as big data that the government deemed critical.

Authorities moved to enforce an antitrust measure that had been largely ignored and fined Jack Ma’s tech giant Alibaba a record $2.8 billion, according to the Lawfare blog.

Analysts say the upheaval among China’s wealthiest goes beyond the impact of the crackdown, which included sectors such as real estate, internet, technology and education. The new rich list reveals how central government policies are uplifting other sectors, such as new energy and hardware manufacturing.

According to list 2022, which Hurun published last week, China’s tech billionaires who were hit hard last year included Ma Huateng, founder and CEO of Chinese internet conglomerate Tencent. Ma saw his wealth plummet to $52 billion, as he plummeted to rank as the fourth-richest billionaire in China and 28th in the world. Jack Ma ranked fifth among Chinese billionaires. It was the first time the two entrepreneurs did not make the top three spots in China since 2015.

And China has lost 160 billionaires in 2021, which is half of the global total of 337 laggards who are now just multi-millionaires.

“Chinese billionaires were hit hard last year, with nine of the 10 biggest cuts in wealth and 160 declines,” said Rupert Hoogewerf, president and chief researcher of the Hurun Report. He added that many of China’s biggest companies had lost up to half their value, the biggest drop in value since the 2008 global financial crisis.

Gary Ting, managing partner of Shanghai-based venture capital fund KYMCO Capital, told VOA Mandarin that the rich list reflects two major economic policies: one is increased government control over the economy, the other is the suppression of the virtual economy and the support of the real economy. The virtual economy refers to ways of generating income that operate entirely online, and the real economy relates to the production, purchase, and circulation of goods and services.

Paul Fang, vice director of the Shanghai Institute for National Economy, agreed and told VOA Mandarin: “Other promising sectors involve industries related to pandemic control, artificial intelligence, as well as than a stronger healthcare industry to cope with an aging population”.

Wang Guo-Chen, an assistant researcher at the Chuang-Hua Institute for Economic Research in Taipei, said government subsidies are also driving the rise of sectors such as manufacturing and electric vehicles.

“From the policy that encouraged sales of home appliances and vehicles to people living in the countryside in 2008, to the push for electric cars in recent years, government subsidies have been able to attract large-scale private investment,” said he told VOA Mandarin. in a telephone interview.

Ting, the venture capitalist, said he expects Beijing to relax its oversight of big tech companies to some degree this year, citing China’s slowing economy and the goal of growth in the economy. 5.5% GDP.

“I think China’s economy will perform worse than expected this year,” Ting told VOA Mandarin. “So to achieve the GDP target, Beijing could gradually loosen its control over tech companies. Signs include the rise of the Hang Seng index in Hong Kong, as well as the listing of Didi in Hong Kong.

Chinese authorities have targeted Didi Global, a ride-hailing company, forcing it to resubmit a proposal after launching a US$4.4 billion initial public offering in June, according to Bloomberg, which reported the announcement. Didi in December that it planned to delist in the United States in favor of a listing in Hong Kong.

Despite losing a few billionaires, China’s remaining 1,133 billionaires are nearly double the US total of 716. The world’s two largest economies account for 55% of the world’s billionaires, with Tesla’s Elon Musk ($205 billion ) at the top of the list, with Amazon’s Jeff Bezos ($188 billion) in second place and other US residents occupying all but three of the top 10 slots.

Zhong Shanshan ($72 billion), the founder of bottled water company Nongfu Spring, is China’s richest man, ranking 15th in the world. China’s second richest billionaire and 23rd the global list, is ByteDance founder Zhang Yiming ($54 billion). Zeng Yuqun ($53 billion), the founder of CATL, which specializes in manufacturing lithium-ion batteries for electric vehicles, is the third richest Chinese billionaire and the 24th in the world with growing assets of more than 15 billion. dollars last year.