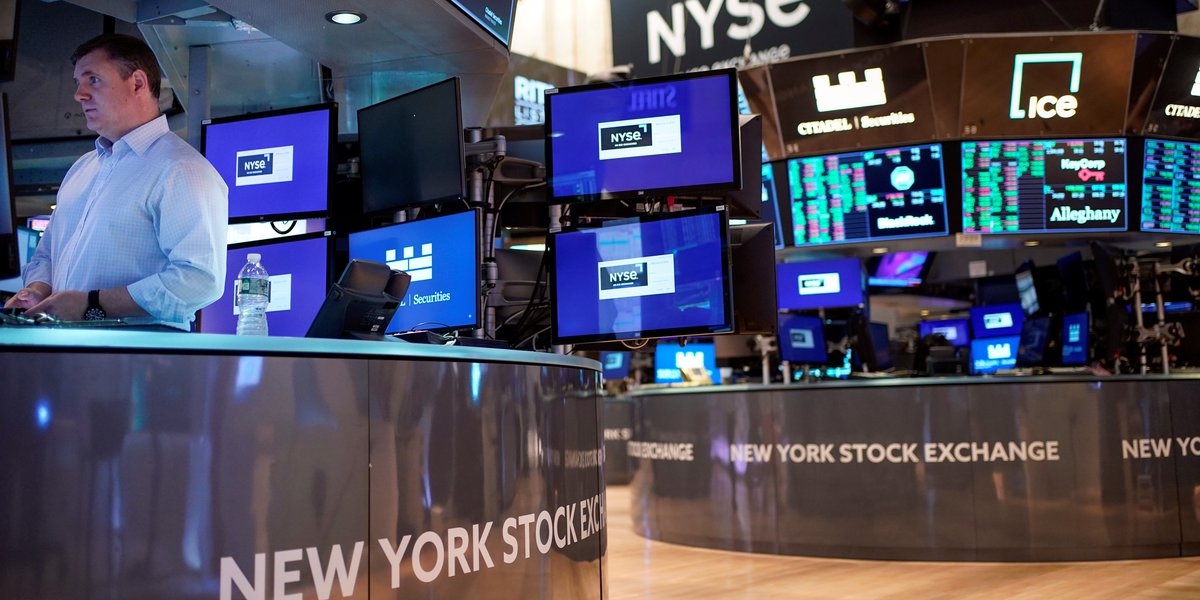 NEW YORK (AP) — Stocks tumble and disappointment rocks markets around the world on Tuesday, following Wall Street’s realization that inflation isn’t slowing as much as hoped.

The S&P 500 fell 2.3% in early trading on Tuesday, threatening to end a four-day winning streak. Bond prices also fell sharply, pushing up their yields, after a report showed inflation slowed to 8.3% in August, from the 8.1% expected by economists.

The disappointing data means traders are bracing for the Federal Reserve to eventually raise rates even higher than expected to fight inflation, with all the risks to the economy that entails.

“Right now, it’s not so much the journey that’s of concern as the destination,” said Brian Jacobsen, senior investment strategist at Allspring Global Investments. “If the Fed wants to rise and hold, the big question is how high.”

Almost all of Wall Street entered the day thinking the Fed would raise its key short-term rate by three-quarters of a percentage point at its meeting next week. But the hope was that inflation was rapidly falling back to more normal levels after peaking in June at 9.1%.

The idea was that such a slowdown would allow the Fed to scale back the magnitude of its rate hikes through the end of this year and then potentially hold steady through the first half of 2023.

Tuesday’s less-than-expected improvement dashed some of those hopes. Many data points in the report were worse than economists expected, including those the Fed is paying close attention to, such as inflation outside of food and energy prices.

Markets focused on a 0.6% rise in these prices in August from July, double what economists expected.

“This suggests that inflation expectations may be taking root,” said Gargi Chaudhuri, head of investment strategy at iShares.

The inflation report arrived before trading began on Wall Street, but it sent a thud through markets around the world.

Treasury yields immediately jumped on expectations of a more aggressive Fed. The two-year Treasury yield, which tends to track Fed stock expectations, jumped to 3.71% from 3.57% late Monday. The 10-year yield, which helps determine the direction of mortgages and other loan rates, rose to 3.42% from 3.36%.

Stock markets in Europe, meanwhile, swung from gains to losses. The German DAX fell by 1.1% and the French CAC 40 by 1%.

The Labor Department reported on Tuesday that a sharp drop in gasoline prices and cheaper used cars slowed U.S. inflation in August for a second consecutive month, but food prices jumped. .

“The Fed was already in a hawkish mood and this data release will do nothing to prevent that,” said Paul Ashworth, chief U.S. economist for Capital Economics.

European markets also reversed course at midday after the release of US inflation data, with the FTSE 100 in London and the DAX in Frankfurt both losing 0.3% and the CAC 40 in Paris down 0.2%. %.

Consumer prices jumped 8.3% in August from a year earlier, the government announced on Tuesday. Although still painfully high, that figure was down from an 8.5% jump in July and a four-decade high of 9.1% in June. On a monthly basis, prices rose 0.1%, after a flat reading in July.

Excluding the volatile food and energy categories, so-called core prices jumped 0.6% from July to August, higher than many economists had expected and a sign of the persistence of inflation.

Investors had hoped that lower inflationary pressures would prompt the Fed to back down. Similar hopes were dashed when President Jerome Powell said in August that rates would remain high.

Surveys show traders expect the Fed to raise rates this month for the fifth time this year and by 0.75 percentage points, three times its usual margin. After that, the US central bank is expected to keep rates stable throughout the first half of 2023.

In energy markets, benchmark U.S. crude fell 41 cents to $87.37 a barrel in electronic trading on the New York Mercantile Exchange. The contract rose 99 cents to $87.78 on Monday. Brent crude, the price basis for international oil trade, fell 50 cents to $93.50 a barrel in London. It gained $1.16 the previous session at $94.