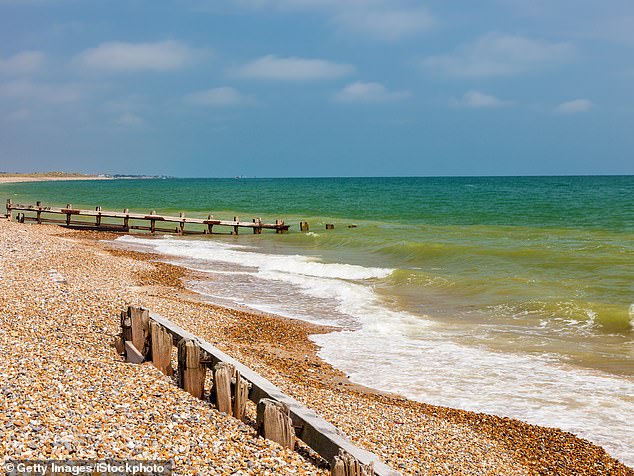 Water companies use broken sewage monitors: Bathers could be at risk if companies fail to report raw waste spills as Lib Dems call it a ‘national scandal’

By Colin Fernandez Environment Editor for the Daily Mail

Swimmers resorts could unwittingly put their health at risk because water companies fail to report thousands of sewage spills.

The amount of raw waste that is pumped into seas and rivers after heavy rains should be detected by electronic devices called event duration monitors.

These monitors are a key tool the government says will help tackle the sewage dumping scandal at tourist and bathing hotspots.

But analysis of Environment Agency data by the Liberal Democrats shows several water companies have either installed faulty monitors that only work 10% of the time – or haven’t installed them at all. .

Long Rock in Cornwall, Littlehampton in West Sussex and Lee-on-the-Solent in Hampshire are some of the popular resorts where no monitors are set up. In Seaford, East Sussex, the sewage monitor was only working a third of the time, raising fears of the health risks posed by bathing.

Nationwide, there were 1,802 monitors that were down for at least 90% of the time and 1,717 overflows that had no monitor.

In total, one in four spills went unchecked last year.

The company with the worst record was Anglian Water, where half (49%) of waste water discharges were not measured due to faulty monitors or no monitors being installed. This is followed by South West Water (30%) and Severn Water (29%).

The companies did not respond to requests for comment.

Lib Dem rural affairs spokesman Tim Farron said: ‘These water companies could be guilty of gross negligence by failing to install sewer monitors.’ It is a national scandal.

Storm overflows are designed to release excess water from the system into rivers or the sea during prolonged rains to ensure they are not overwhelmed. Water companies should only do so under strictly permitted conditions.

The company with the worst record was Anglian Water, where half (49%) of waste water discharges were not measured due to faulty monitors or no monitors being installed. Pictured: Long Rock, Cornwall

Water Minister Steve Double said the government would soon publish its plan to tackle sewage overflows. He added: “We have made it clear that water companies’ reliance on overflows is unacceptable and that they must drastically reduce the amount of sewage they discharge as a matter of priority.”

More than a trillion liters of water were lost to leaks from water companies last year, according to provisional figures from Ofwat. The regulator said around 2,923 million liters per day was lost, equivalent to 1,060 billion liters per year.