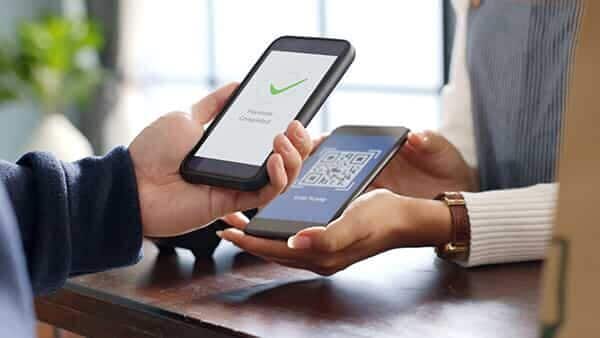 The Open Network for Digital Commerce (ONDC) is being hailed as India’s next digital leap forward. It is expected to revolutionize e-commerce much like what the Unified Payments Interface (UPI) did for Indian payments. Responding to a starless question from the Lok Sabha, Minister of State in the Ministry of Trade and Industry, Som Parkash, defined the ONDC as “an initiative to promote open networks for all aspects of exchange of goods and services over digital or electronic networks”. ONDC must be based on an open source methodology, using open specifications and open network protocols independent of any specific platform.”

In the true spirit of open, vendor-neutral networks, ONDC will allow anyone to place an order for goods or services in an app of their choice, which will then elicit responses not only from sellers of that app, but also from other competing applications or even somewhere else. The customer will have the freedom to choose any vendor. The task facing the ONDC team is to foster interoperability and introduce standardized processes. The platform will be managed by a company that had Quality Council of India and Protean (formerly NSDL e-Gov) as founding shareholders, later joined by the two major exchanges, nine banks and two apex banks, among others. Reports suggest the company has launched beta testing.

The true strength of ONDC and its likelihood of becoming a global standard will become apparent once digital trading actually begins on the platform. However, the constraints underlying the government’s decision to favor this digital platform will also determine its sustainability and success quotient. The government’s stated logic is that the pandemic has exposed the shortcomings of existing platforms, when a large percentage of national retail has been found to be digitally excluded, leading to a breakdown in the supply chain. Excited by UPI’s success during the pandemic, the government now wants to create a similar “public good” for digital commerce.

But common perceptions point to two other provocations for the creation of such a digital platform.

The first is the idea that digital commerce in India is dominated by two foreign companies. This has been further reinforced during the pandemic, which has forced a greater reliance on e-commerce. Ongoing investigations against these two companies in the Competition Commission of India – promoting their own brands in search results, using data to crush competing brands, predatory pricing, among other allegations – have yet to buttressed suspicions that the ONDC was tailor-made to emasculate Amazon and Flipkart.

The second reason, somewhat political and therefore somewhat cynical, is the feeling that the ONDC will help the Bharatiya Janata Party (BJP) to revitalize its traditional ballot bank of small traders and shopkeepers. This segment has multiple reasons for dissatisfaction: demonetization, then the introduction of the GST which complicated life, and finally, the shift to digital commerce during the confinements which made it economically vulnerable. The government’s optics of facilitating a fair platform, where e-commerce giants could have reduced bargaining power, may have some appeal at the fringe. The Confederation of All Indian Traders (CAIT), which claims membership of more than 40-60 million Indian traders and had publicly proclaimed its support for the BJP during the 2019 general election, has decided to launch its own commerce app electronics (called Bharat e-Market) on ONDC. These three reasons bring problems in their wake.

The first concerns the last two ostensible reasons for the government to incubate the ONDC. If these are indeed to support the birth of the ONDC, then they could end up investing in a supposedly neutral platform with flawed structures and processes, helping neither the buyer nor the seller. The ONDC task should generate confidence that every player will be treated equally, that fair play will be the prevailing rule, and that the political agenda of the government will not bleed into the architecture of the platform.

The second stumbling block is the lack of a visible regulator, a theoretically independent or self-governing body that will set the ground rules, monitor conduct on the platform, and eliminate any indications of dominance, rule-breaking, or of insidious attempts by the platform operator. develop rules favoring a privileged few. Regulation cannot be left to the ONDC management company. There are echoes of similar problems in the UPI space and the government’s stubborn refusal to learn from these pitfalls: Without initial ground rules or predetermined red lines, the two biggest players in the UPI space – PhonePe and G -Pay – Have ended up controlling over 80% of the market. A repetition of such domination would deprive the ONDC of its implicit justification.

Finally, some inescapable rhetorical questions call for answers. What incentives exist for private actors to transfer their network of suppliers and buyers to the ONDC and share it with the rest of the world? Or are there perverse incentives to join the ONDC?

Rajrishi Singhal is a political consultant and journalist. His Twitter handle is @rajrisishinghal.

Catch all the trade news, market news, breaking events and the latest updates on Live Mint. Download the Mint News app to get daily market updates.

* Thank you for subscribing to our newsletter.