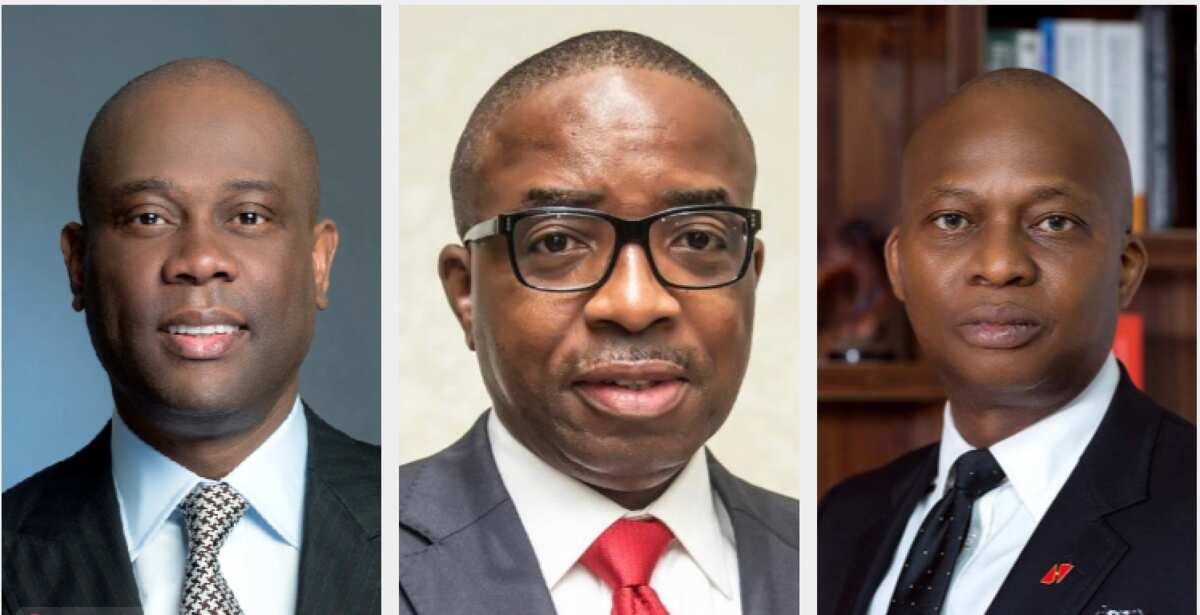 Top Nigerian Bank CEOs kick off 2022 in wealth. Here’s how much they earned in January 2022

Findings by Legit.ng revealed that the CEOs of some of the most popular banks have much to look forward to in January 2022.

According to data from the Nigerian Stock Exchange, CEOs attached to Zenith Bank, Stanbic IBTC, Access Bank and United Bank of Africa all earned over N900 million in the first 20 trading days of 2022.

The profits reported in this story are solely based on their direct and indirect investments in their various banks in relation to the movement of the stock price.

Breakdown of what they earned in January 2022

Access Bank CEO Herbert Wigwe tops the list of CEOs who achieved a significant wealth gain in the month of January.

Wigwe has made a direct investment of 201.23 million and an indirect ownership of 1.31 billion through three companies: United Alliance Company of Nigeria Limited, Trust and Capital Limited and Coronation Trustees Tengen Mauritius.

He is followed by Ebenezer Onyeagwu, Group Managing Director of Zenith Bank, where he holds 46.50 million direct stakes.

It was also a fantastic first month of the year for UBA CEO Kennedy Uzoka, who has 37.17 million shares of direct ownership.

However, Demola Sogunle, the CEO of Stanbic IBTC, did not have a good month.

Meanwhile, the Central Bank of Nigeria has revealed the appropriate bank charges in response to complaints from Nigerians about high bank charges.

CBN also announced lower electronic costs, one of the contentious issues between banks and customers.

Electronic ticketing is the way to go – NRC