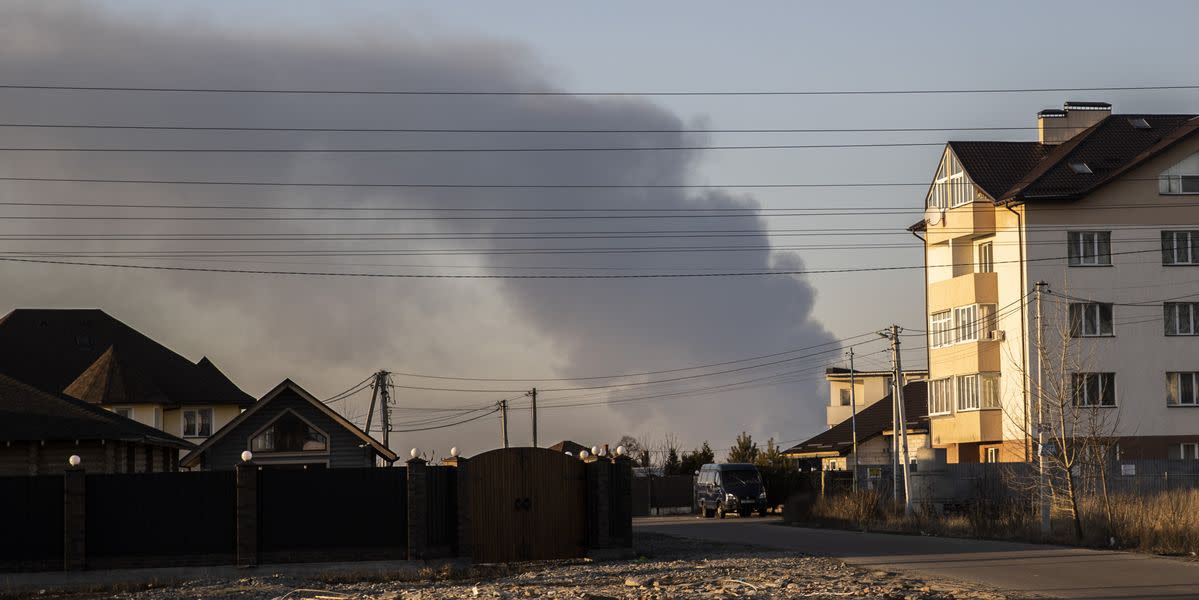 Ukraine’s Defense Ministry said on Saturday that the Russians had opened a market for stolen items across the border in Naroulia, Belarus.

“Not all military trophies reach Russia,” the ministry said on Twitter alongside a photo of a bombed-out truck full of charred items. “Hundreds of cars with loot on the outskirts of kyiv – from children’s toys, carpets to, like in this photo, washing machines, have been seized in recent days by retreating Russian troops.”

Suburbs outside kyiv have been the scene of some of the most significant battles in Russia’s war against Ukraine so far, as Russian forces unsuccessfully attempted to encircle the capital.

Many residents were forced to flee ― some under fire ― and join the ranks of the millions displaced by the five-week-old conflict.

Although Russian forces have left the northern regions of Ukraine, including the Kyiv region, Ukrainian President Volodymyr Zelenskyy said they are trapping the territory they leave in their wake with mines.

“These are mining houses, mining equipment, even the bodies of people who were killed,” Zelenskyy said in one of his nightly speeches, CBS News reported. “There are a lot of trip wires, a lot of other dangers.”

There is evidence of looting where other Russian battalions are retreating: Ukrainian Defense Ministry said on facebook that a “column of Russian trucks with various properties”, including “industrial goods and household items”, was also spotted en route from the Ukrainian town of Buryn, located east of kyiv, towards the Russian border , according to a Business Insider translation.

Russian forces are abandoning some areas in what could be an effort to regroup in other strategic regions to the east and south.

This article originally appeared on HuffPost and has been updated.