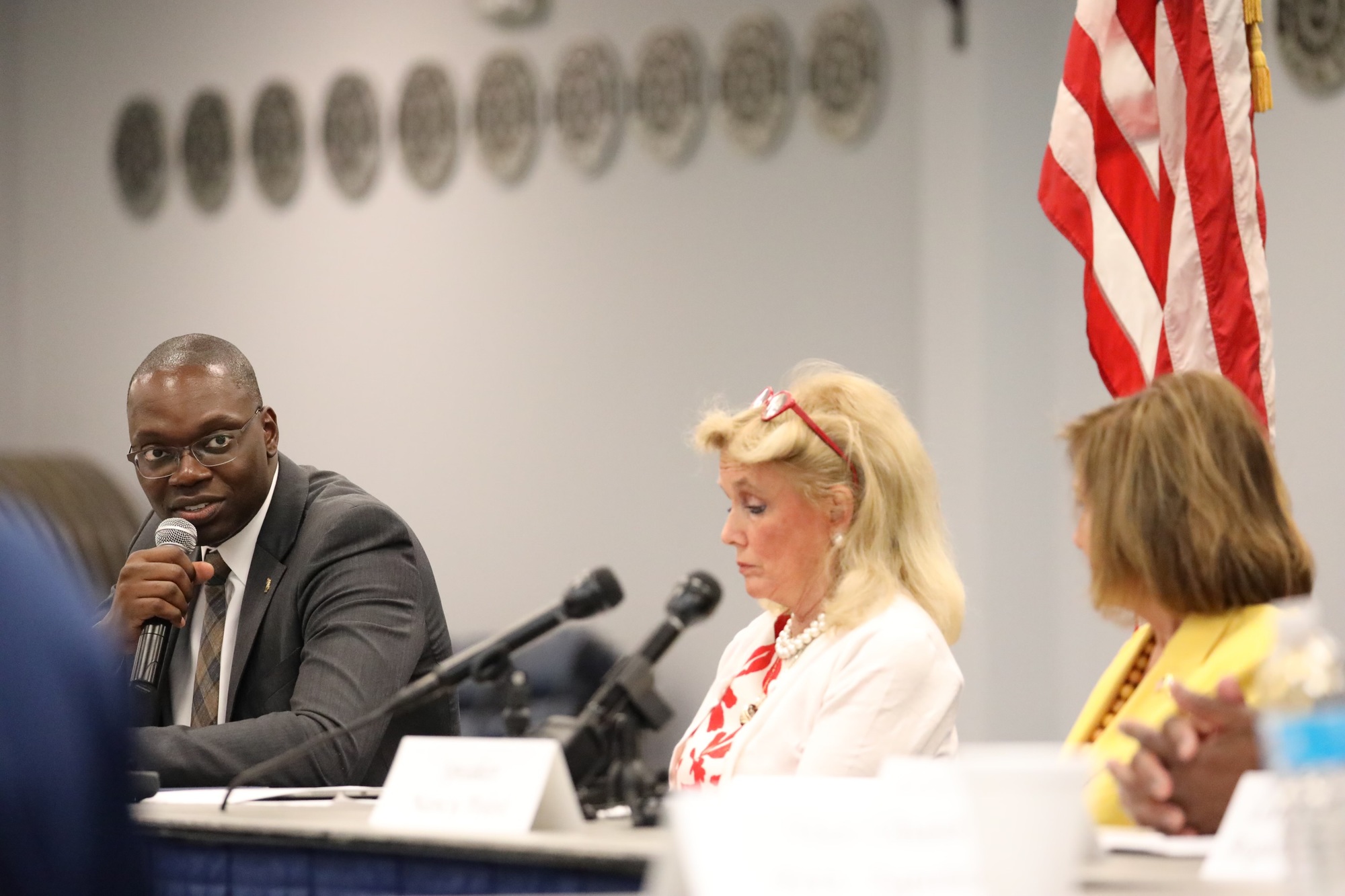 Governor Whitmer continues to lead the charge to address the chip crisis as the CHIPS Act moves toward final consideration in the U.S. Congress

“The CHIPS Act would create and protect thousands of high-paying, high-skilled jobs in Michigan, reduce costs for working families, and show businesses that the United States is the perfect place to build the future of cars. , computers and electronics is groundbreaking bipartisan legislation that will make a real difference in people’s lives if we get it right, and it’s the kind of policy that can set us up for decades of economic prosperity.” said Governor Gretchen Whitmer. “We have an obligation to Michigan’s strong auto industry and hardworking auto workers to make sure this gets done and to work together to build a strong national chip supply chain here in Michigan and throughout the country.”

The currently-envisioned CHIPS Act would fund $52 billion in incentives to boost domestic semiconductor production and research, of which $2 billion would be dedicated to incentivizing production of the “mature node” semiconductors used by automakers and parts suppliers, thanks to advocacy from the United States of Michigan. Senators Debbie Stabenow and Gary Peters. Mature node chips are also used in medical devices, agricultural machinery such as agricultural tractors and combine harvesters, and radiation resistant chips required by our national defense industrial base.

“I was honored to welcome our nation’s top policymakers to Michigan today to discuss how we are overcoming the shortage of semiconductor chips and boosting the economic competitiveness of our state and our country,” said Lieutenant Governor Garlin Gilchrist II. “Through partnerships with semiconductor chip makers in our state, Governor Gretchen Whitmer and I have worked hard to train and grow Michigan’s workforce as we expand research, development and manufacture of semiconductors. We look forward to Congress’s speedy passage of the CHIPS Act, and we are grateful for the work of the Michigan Congressional delegation on this crucial legislation. Governor Whitmer and I will never stop working to put Michigan ahead on this issue and ensure that the technologies of the future are made by highly skilled workers right here in Michigan.

The CHIPS Act would be a critical step toward increasing domestic production of chips close to automakers and other manufacturers, helping to spur innovation, reduce inefficiencies and avoid costly delays. By securing a robust semiconductor supply chain in the state – anchored by existing Michigan companies including Hemlock Semiconductor, SK Siltron CSS, KLA and Calumet Electronics – Michigan is able to attract sustainable investment and long-term business worldwide.

Governor Whitmer is tackling head-on the chip crisis that has plagued the US industry for more than a year. In April, she announced that Michigan would become the third state in the country to develop a Semiconductor Learning Network Program, which will help the SEMI Foundation address a labor shortage in the semiconductor field.

Governor Whitmer also worked to secure a $302 million investment from SK Siltron, a new semiconductor wafer manufacturing and R&D facility, which is creating 150 jobs near Bay City to support the growth of electric vehicles and meet the needs of the auto industry in the state. In addition, it facilitated the opening of a new establishment in KLA, a high-tech, Fortune 500 company specializing in systems and software integrated into chip and electronics manufacturing, which has created 600 well-paying jobs in Ann Arbor. Michigan’s robust semiconductor talent and processes are also supported by Hemlock Semiconductor and the University of Michiganwhich is a world leader in semiconductor R&D, design and education.

Michigan’s ability to support the semiconductor industry is based on its deep knowledge as an industry customer and as the global epicenter of the automotive industry. The state is home to nearly a fifth of U.S. auto production — more than any other state in the nation — and has the largest concentration of original equipment manufacturers (OEMs) in the nation, with 26 headquarters or technology centers. in the state. Late last year, the Michigan Legislature, business, labor and public services worked with Governor Whitmer to pass bipartisan economic development legislation that helped Michigan secure a $7 billion investment dollars from GM creating and retaining 5,000 well-paying jobs, as well as an investment of $2 billion. of Ford creating 3,200 jobs. Funding from the CHIPS Act paves the way for similar projects. The CHIPS Act will revitalize chip manufacturing and design in the United States, leading to more transformational projects that will invest billions in our communities and create thousands of well-paying jobs.

Impact of the flea crisis

Semiconductor chips are an essential component of many products that people use daily. The global shortage of these chips, exacerbated by the pandemic and supply chain constraints, has impacted people and industries across the country, from automotive manufacturing to consumer electronics, home appliances , medical devices, agriculture, defense and more. These shortages have led to reduced production and, in some cases, idle factories, affecting more than 575,000 American auto-related jobs. In 2021, automakers in North America lost approximately 2.2 million vehicles, which equates to more than 3,000 workdays.

This means workers with less income, higher prices at the store, fewer products for consumers to buy, and an ever-increasing dependence on foreign supplies. In the long term, increasing domestic chip production will protect and create jobs, strengthen our supply chain, and grow the economy.